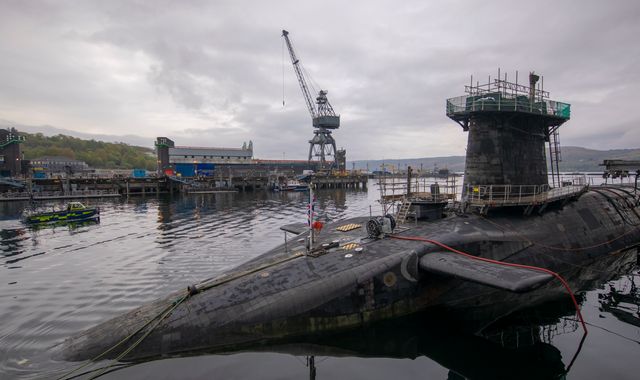 A Royal Navy serviceman has been found dead at the high-security Faslane naval base in Scotland – home to the UK’s nuclear submarines.

Police Scotland are investigating the death, which has been described as “unexplained”.

A spokesperson for the Royal Navy said: “We are aware of an incident and cannot comment further at this stage.”

Scottish police were called to Her Majesty’s Naval Base Clyde – better known as Faslane – at around 12.30pm on Thursday following the death.

“A post-mortem examination will be carried out to establish the exact cause of death, which is currently being treated as unexplained,” a police spokesperson was quoted as saying by the Scottish Sun newspaper.

“A report will be submitted to the procurator fiscal.”

Faslane is the main base for the Royal Navy’s Submarine Service, which includes four Vanguard-class submarines, armed with Trident nuclear weapons.

A fleet of nuclear-powered Astute-class attack submarines also operate out of the site.

Share
Facebook
Twitter
Pinterest
WhatsApp
Previous articleCOVID-19: 249 new Omicron cases in UK, with total number of all infections over 50,000 for fifth time in a week
Next articleJussie Smollett: US actor found guilty of staging racist, homophobic attack on himself – but ex-Empire actor ‘will appeal’ verdict