‘Clive knew he was dying. We all did’: How one man was failed in life and how his death was ‘potentially avoidable’ 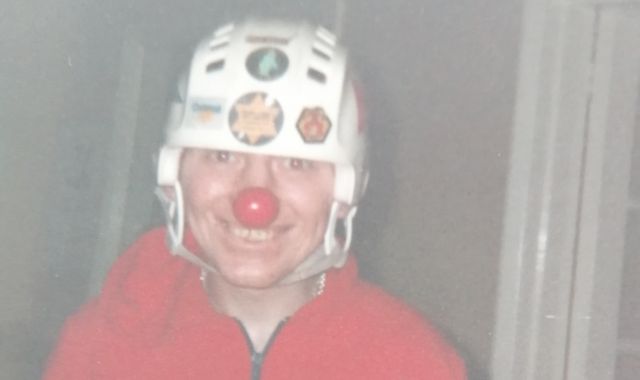 Clive Treacey knew he was dying, say his family. He even told his sister to “get a red rose” – which she took to mean as a symbol of remembrance after he was gone.

Now, a review into his care – prompted by Sky News reporting – has concluded that Clive’s death was “potentially avoidable”. And that he was failed throughout his adult life.

Clive had raised concerns about his health and treatment.

His sister Elaine Clarke, who describes herself as Clive’s ‘warrior’, told Sky News: “Clive knew he was dying. We all did. Nobody listened.”

Beverley Dawkins, the author of the review into Clive’s death, listed more than fifty recommendations. She said Clive’s death was “another life prematurely lost” and the new evidence in her report can be used to support the family’s call for a second inquest.

She said: “Given we knew the very sad ending it felt like watching a slow motion train crash because as each failure unfolded you just knew how this was all culminating together to that almost inevitable end.

“There are so many points in Clive’s story you thought, gosh if the commitment to move him to the community had been carried through at that point he may still have been alive today and that is so sad.”

The review also says there are “unanswered questions” about how Clive was treated by staff on the last evening of his life.

Clive’s family want further explanation of CCTV footage which they discovered by chance on a memory stick in a box of files 18 months after his death.

The footage, shared exclusively with Sky News and The Independent, wasn’t played at the original inquest into Clive’s death and was discovered by chance on a memory stick the family found in a box of files released to them.

It shows two members of staff separately flashing torches in the hospital corridors leading to Clive’s bedroom when he is in the room – even though the lights are on in both Clive’s room and the corridor.

One of the staff flashes their torch multiple times when they are right outside Clive’s room.

Hours after the incident Clive had a seizure.

The original inquest in 2018 concluded that Clive died of natural causes following a cardiac arrest and did not take into consideration the impact of the seizure he had before a heart attack.

Elaine says: “They (the care staff) didn’t have epilepsy training skills or knowledge to understand the implications of that torch.”

Clive’s family are questioning whether there was some kind of altercation with staff in the hours before Clive’s death. The care team say he’d had a calm evening and gone to bed after having a drink of hot chocolate.

Nottinghamshire Police have now analysed the footage and say they have not observed any behaviour which meets a criminal or safeguarding threshold.

Clive spent his last 10 years detained in hospital settings, which the report describes as an “unnecessarily prolonged detention” and that he “remained incarcerated in settings that were poorly equipped to meet his needs”.

The report also calls for an independent safeguarding review into allegations that Clive was sexually abused in two care facilities by the same abuser in the years before he was detained in the hospital where he died.

For months Clive had raised concerns about his health and the way he said he was being treated. He wrote notes saying he hadn’t been given his glasses, his hearing aid and his seizure helmet.

The report points out that Clive’s CPAP machine – to help with sleep apnoea – had been broken for seven weeks preceding his death.

Clive called his sister on the night he died. She said her brother told her he was packing a bag and sounded distressed. Then he told her “you know I love you please make sure I have a red rose”.

A few weeks before that, Clive tried to ring his father but didn’t get through and left a voice message which wasn’t picked up until some time after he died.

It said: “Hello Dad, it’s your son Clive Treacey. I’m afraid I have some bad news about myself… Earlier I couldn’t breathe at all. You know how much I love you, thank you Dad. Goodbye. I’m struggling now, I’m struggling much (sic). Goodbye, thank you.”

Elaine told Sky News: “Clive didn’t exist. The people in the system perceived that he had no value. No voice, no right to life and no choice. That’s it. Simple as.”

Clive loved dancing and art and wanted to work in a garden centre. He wanted to have his own home, near his family and go on family holidays.

“He knew exactly what he wanted in life,” says Elaine.

“It matters what happened to Clive. It matters that it’s still happening to others.”

The hospital where Clive died has since been taken over. Its new owners Cygnet Health Care told Sky News: “At the time of Mr Treacey’s death in 2017, Cedar Vale was not owned or operated by Cygnet Health Care.

“Although we did not take over the service until August 2018, more than a year-and-a-half later, we have worked collaboratively with all concerned to support this review and address any outstanding issues and areas for improvement surrounding his sad death, and we will continue to share lessons learned.

“We would like to offer our condolences to Mr Treacey’s family and all those affected.”

A spokesperson for the NHS in the Midlands responded to the report saying: “I would like to thank Beverley Dawkins for conducting this review, it is right that we took the decision to review Clive’s care so that his family could get the answers they have sought.

“We are already working with key partners to improve how people with a learning disability are cared for – the number of people cared for in an inpatient setting has reduced by nearly a third since 2016 and we will carefully consider the recommendations in this report as we continue to support people in their own communities.”

Share
Facebook
Twitter
Pinterest
WhatsApp
Previous articleCOVID-19: Fresh calls for business support as Plan B threatens to cancel Christmas for city centre shops and pubs
Next articleCOVID-19: Omicron variant may be ‘milder’ but its infection rate could be ‘devastating’, expert warns