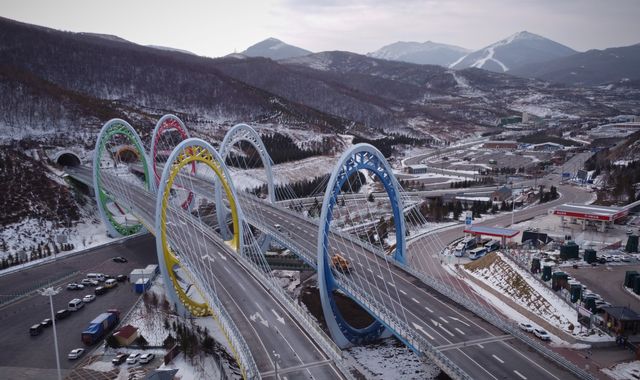 Boris Johnson has said there will “effectively” be a diplomatic boycott of the Winter Olympics in China, with no UK government minister or official expected to attend.

It comes after countries such as the US and Australia announced their own diplomatic boycotts over human rights concerns.

When pressed at Prime Minister’s Questions, Mr Johnson said no diplomats were set to go to the Games.

However, he added: “I do not think that sporting boycotts are sensible and that remains the policy of the government.”

The countries that have announced boycotts are still allowing their athletes to compete.

Mr Johnson was asked about the issue twice in the Commons on Wednesday.

Mr Johnson replied that the government had “no hesitation in raising these issues with China, as I did with President Xi the last time I talked to him”.

He added: “And there will be effectively a diplomatic boycott of the Winter Olympics in Beijing. No ministers are expected to attend – and no officials…”

Australia earlier announced it would not be sending any officials but its prime minister, Scott Morrison, was more robust and admitted its relations with China had deteriorated.

“I’m doing it because it’s in Australia’s national interest. It’s the right thing to do,” said Mr Morrison.

The US announcement of a boycott a few days ago cited “egregious human rights abuses and atrocities in Xinjiang”.

It was not well received by the Chinese government, which warned of “firm countermeasures” and accused America of “grandstanding”.

China has repeatedly denied human rights abuses against the Uyghur population but there have been claims of torture and deaths inside the notorious re-education centres.

The case of tennis player Peng Shuai, who made sexual assault claims against a former senior Chinese official, has brought added focus to the country’s record on human rights.

With about two months before the Olympics begin, more countries could join the boycott.

A Canadian foreign affairs spokesperson has said the country is discussing the matter “with our closest partners”, while New Zealand said it was not sending diplomats for COVID reasons.

The Winter Olympics will be held in and around Beijing and locations in neighbouring Hebei province from 4 to 20 February.