Reading and Leeds 2022: Arctic Monkeys joined by Megan Thee Stallion and Rage Against The Machine as headliners 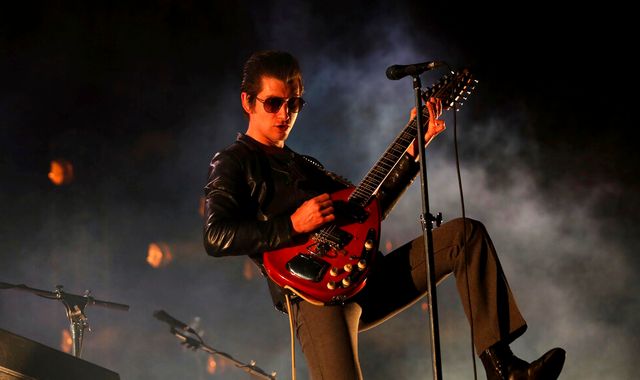 Arctic Monkeys are returning to the stage after being announced as one of six headliners at next year’s Reading and Leeds festivals.

The huge events, which run concurrently and share a line-up, will also feature US rock band Rage Against The Machine and in-demand rapper Dave.

For Arctic Monkeys, who last toured in 2018 following the release of their album Tranquillity Base Hotel & Casino, it marks their only UK tour dates so far, having already announced a string of European shows.

Rage Against The Machine, famous for scoring a Christmas number one with anti-police anthem Killing In The Name in 2009, last performed in the UK in Finsbury Park in 2015 but has largely been on hiatus since 2011.

Decorated rapper Dave becomes the youngest ever headliner of the festivals at 23, following the release of his critically-acclaimed album We’re All Alone in This Together earlier this year.

Also on the bill are pop-rockers Bastille, Dublin group Fontaines D.C. and breakout hip-hop star Jack Harlow, with more acts due to be announced soon.

Melvin Benn, managing director of event promoter Festival Republic, said: “With so many amazing acts set to play, Reading and Leeds is set to return as the ultimate festival weekend of the summer: defining the sounds of modern ground-breaking music.

Events industry in 2022 is showing confidence – despite COVID

The announcement of major headliners for Reading and Leeds reflects a growing optimism for the live events industry heading into next year, despite the emergence of a new, potentially more transmissible COVID-19 variant.

Leeds and Reading remained one of the only big festivals to go ahead this year, despite the easing of restrictions, with the likes of Download and Glastonbury pulling events altogether for two years in a row.

The reopening of international borders also means that the pool of performers to pick from is now wider than this year, with Glastonbury announcing it will go ahead this year with US pop sensation Billie Eilish as a headliner in June.

Arenas and venues will also fill up next year, as artists continue to tour to try and recoup losses incurred during the pandemic.

Reading and Leeds Festival will be held across three days at Braham Park and Richfield Avenue, respectively, from 26 August 2022.

Tickets go on sale this week.