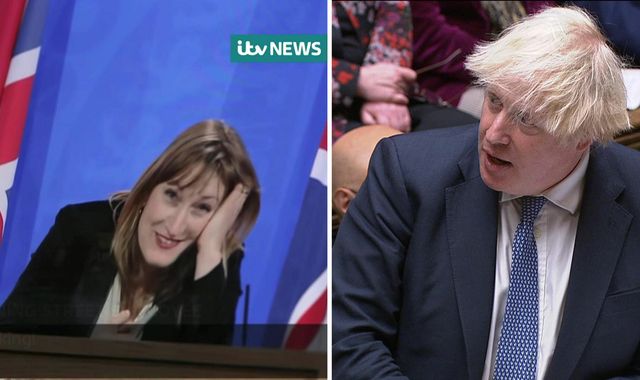 Boris Johnson has apologised after footage emerged of senior Number 10 officials joking and laughing about a Downing Street Christmas party last year, but told MPs he has been “repeatedly assured” no such gathering took place.

Facing MPs for the first time since the video emerged, the prime minister said he was “furious” and had asked Cabinet Secretary Simon Case to investigate.

“I understand and share the anger up and down the country at seeing No 10 staff seeming to make light of lockdown measures,” Mr Johnson told the Commons at the beginning of PMQs.

His comments came just a few hours before his adviser, Allegra Stratton, resigned over her role in the video.

The PM said he apologised “unreservedly for the offence that it has caused” and “for the impression that it gives”.

But he maintained: “I have been repeatedly assured since these allegations emerged that there was no party and that no COVID rules were broken.”

Mr Johnson said the cabinet secretary would “report back as soon as possible” on whether that was the case and if rules were breached “then there will be disciplinary action for all those involved”.

“They knew there was a party, they knew it was against the rules, they knew they couldn’t admit it, and they thought it was funny. It is obvious what happened,” he told MPs.

Sir Keir claimed “millions of people” who followed the rules last Christmas “now think the prime minister was taking them for fools, that they were lied to”.

The PM, who at one point accused the Labour leader of trying to “play politics”, said an investigation was needed because “there is a risk of doing a grave injustice to people who have frankly obeyed the rules”.

Matt Fowler, co-founder of the COVID-19 Bereaved Families for Justice, accused the PM of trying to “gaslight” bereaved families.

Ian Blackford, the SNP’s leader at Westminster, said Mr Johnson should quit as he “can no longer lead on the most pressing issue facing these islands”.

The Liberal Democrats have called on the government to publish any legal advice it received on the issue of Christmas parties allegedly held in Number 10, amid suggestions the regulations did not apply to Crown Property.

There has also been a backlash in the PM’s own party with Scottish Conservatives leader Douglas Ross saying Mr Johnson should resign if he has misled Parliament on the matter.

The footage, obtained by ITV News, is reported to be of a rehearsal for a TV media briefing from 22 December last year – four days after an alleged Christmas party took place in Number 10.

London had been put into Tier 3 restrictions on 16 December, preventing mixing indoors between households.

Asked to repeat a previous Number 10 denial that “there was no party”, the PM’s press secretary told journalists on Wednesday: “You have our previous statement on this. Now, the prime minister has asked the cabinet secretary to establish the facts.”

The PM’s spokesman did not deny that Mr Case himself may have been at such a gathering, although government sources later confirmed to Sky News that he was not.

Dominic Cummings, the PM’s former chief adviser, has claimed there was also a flat party in Number 10 on 13 November.

It has also been alleged that Mr Johnson gave a speech at a leaving party for a senior aide on 27 November.

And then-education secretary Gavin Williamson threw a party and delivered a short speech at an event on 10 December.