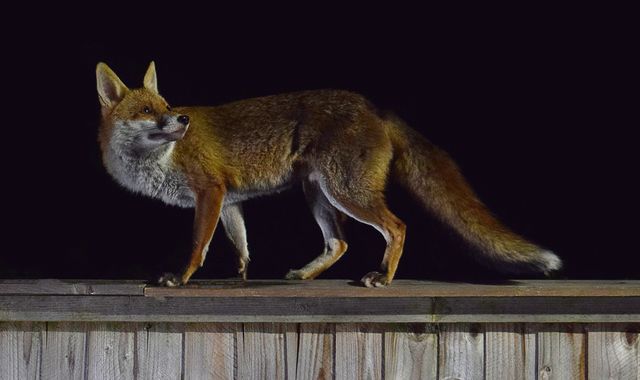 Foxes were most likely to blame for many of the so-called “Croydon cat killer” mutilations, according to new research.

There was speculation a human was responsible and fears they could become a threat to people.

However, police closed the investigation three years ago and said foxes were probably the culprits, mutilating many of the cats after they were hit by vehicles.

The research from Royal Veterinary College (RVC) backs up that conclusion.

Researchers performed post-mortem examinations on 32 of the cats and took DNA samples.

“A significant association between cat carcass mutilation and the presence of fox DNA was demonstrated,” said the RVC.

“There was also a clear association between puncture wounds (consistent with scavenging by carnivores) and the deceased cats.”

It found no evidence of human involvement, and on the 10 cats found to have been mutilated by predators the pattern was similar to the scavenging pattern of foxes on lambs.

CCTV obtained during the police investigation had shown foxes carrying bodies or body parts of cats.

For the other animals it examined, the RVC said probable causes included blunt force trauma (likely from vehicles), liver failure from ingesting antifreeze, while eight died from cardiorespiratory disease.

A cause of death for six of the cats could not be established, due to extensive mutilation or autolysis.

Dr Henny Martineau, head of veterinary forensic pathology at the RVC, said: “The narrative of the so-called ‘cat killer’ was a good example of the human tendency to pick out what we want from data, demonstrating our inclination to stop investigating when we think we have made a major discovery or noticed a particular pattern.

“It is the job of scientists – in this instance, veterinary pathologists – to identify and overcome such confirmation bias.”

Stuart Orton, a Hertfordshire Police chief inspector, said he hoped the findings gave some comfort to people who thought their cats had been targeted maliciously.

The research is published in the Veterinary Pathology journal.