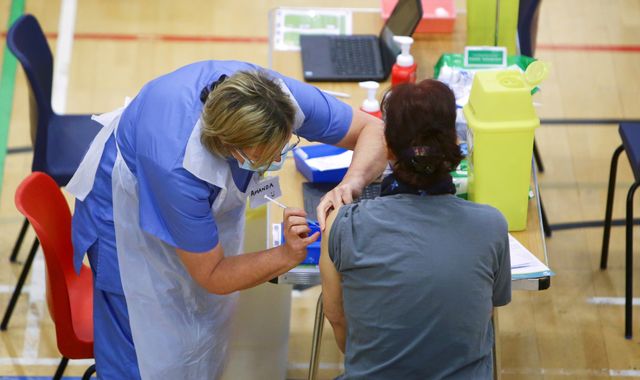 People who have overcome a coronavirus infection and also received a vaccine have higher-quality antibodies against variants, researchers have found.

The new study comes amid concerns that new variants of the SARS-CoV-2 virus, such as Omicron, can still infect people who have received two vaccine doses.

According to researchers at the American Society for Microbiology, the study could help identify the optimal mix of antibodies to “help guide future preventive efforts”.

People who have both had COVID-19 and received a vaccine have high-quality antibodies that are capable of acting against mutations of the spike protein.

The new study, published in the open-access journal mBio, found that these people’s antibodies are more effective than those of people who have just been infected or vaccinated.

What is a spike protein?

Spike proteins are what viruses use to get into human cells, and some of the vaccines work by training the body to recognise the spikes and neutralise them.

Mutations on the spike can therefore potentially prove problematic for mRNA doses, like Pfizer and Moderna.

Omicron has 32 of these mutations, hence the concern that vaccines may not be quite as effective as they have been against previous variants.

It’s why countries who have the money and supply to do so, like the UK, are rolling out booster jabs.

Dr Otto Yang at the David Geffen School of Medicine at the University of California, Los Angeles, said the research “shows that antibody quality can improve over time, and not just quantity”.

Previous research has found that people who recovered from COVID-19 before May 2020, during the first wave of the pandemic, appear to have reduced antibody potency against newer variants.

The same was true of uninfected patients who had received one of two COVID-19 vaccines when it came to variants such as Beta or Gamma.

But among the same people who had both recovered from an early infection and had been vaccinated, the researchers found antibodies that were potent against new variants.

“We might have predicted that antibodies would continue to evolve and get better with multiple exposures,” said Dr Yang, “but we didn’t expect it to happen that fast.”