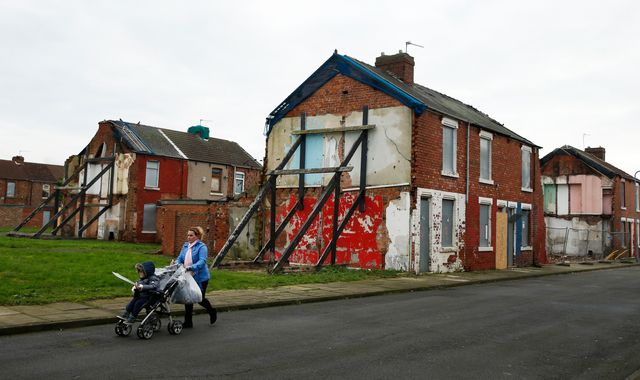 The COVID pandemic has hit children in the north of England the hardest, with health and educational outcomes worse than youngsters elsewhere, a new report has warned.

The Child of the North study paints a stark picture of inequality for children growing up post-pandemic, warning that it will cost billions, increase poverty and claim young lives.

It comes from the Northern Health Science Alliance (NHSA) and N8 Research Partnership (N8) and involves research from over 40 leading academics from across the north of England.

The report shows that children in the north are more likely to be obese than a child elsewhere in England. They have a 27% chance of living in poverty compared to 20% in the rest of England and are more likely to die under the age of one.

And it estimates they will grow up to lose an estimated £24.6 billion in combined wages over lifetime earnings.

He added: “The failure to tackle inequalities among young people cost us huge amounts of money downstream in terms of tackling issues related to crime, homelessness, poor physical health and mental health. As a society this is a plague that we desperately need to address.”

Academics have argued the pandemic has exacerbated existing inequalities, with the report estimating children in the north have missed more schooling in lockdown than their peers elsewhere in England.

Mohammed Bilal, a nursery class teacher at St. Edmunds in Bradford, said some of his students have forgotten how to hold a pencil or cutlery.

“This has an impact on their future learning. For example, if they’re not holding a pencil correctly then we cannot expect them to do other activities because we’re still trying to teach them the essential skills.”

The authors have put forward a set of recommendations to tackle the inequalities. They include a call for greater investment in welfare, health and social care systems that support children’s health.

They also urge the government to increase child benefit by £10 per child per week to tackle poverty and say universal free school meals should be introduced.

“Children growing up in the north of England get a bad deal,” said David Taylor Robinson, Professor of Public Health and Policy at the University of Liverpool and co-lead author of the report.

“The stark inequalities exposed in our report are preventable and unfair. Levelling up must begin with better policies for children.”

Responding to the report, a Department for Education spokesperson said: “Our ambitious recovery plan continues to roll out across the country, with £5 billion invested in high quality tutoring, world class training for teachers and early years practitioners, additional funding for schools, and extending time in colleges by 40 hours a year.

“We’re supporting the most disadvantaged, vulnerable or those with the least time left in education – wherever they live – to make up for learning lost during the pandemic.”