COVID-19: Omicron may be more infectious – but do we need to worry if it causes less severe disease? 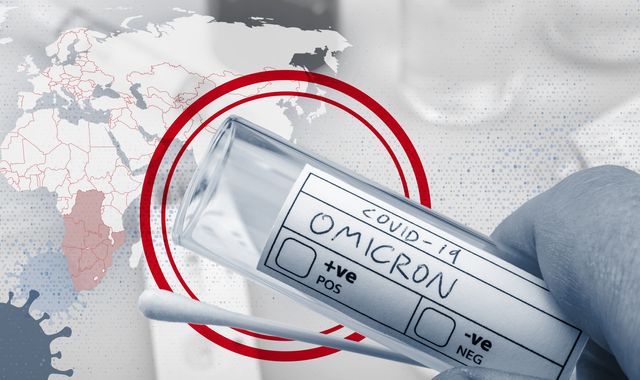 As Boris Johnson told his cabinet on Tuesday morning, the early information around Omicron appears to suggest that the new variant is more transmissible than Delta – which for now remains dominant in the UK and around the world.

However, the other early indication is that it also seems to result in less severe disease and ultimately fewer hospitalisations per case, according to experts like Dr Anthony Fauci, chief medical advisor to the US president.

Again, this judgement is based on very early information that is subject to change, but it sounds like good news.

Sadly, it’s not that simple.

Even if the variant does prove to be less dangerous than Delta or other strains, a higher transmission rate can still have a real impact on public health and the number of people who become seriously ill.

These numbers are entirely made up, and the facts as we have them at the moment are that we don’t know how much more transmissible Omicron is.

We know even less about whether it is less dangerous on a case-by-case basis.

But it would have to be less dangerous by a much greater degree than it is less transmissible if we are to avoid a rise in the number of people needing hospital care.