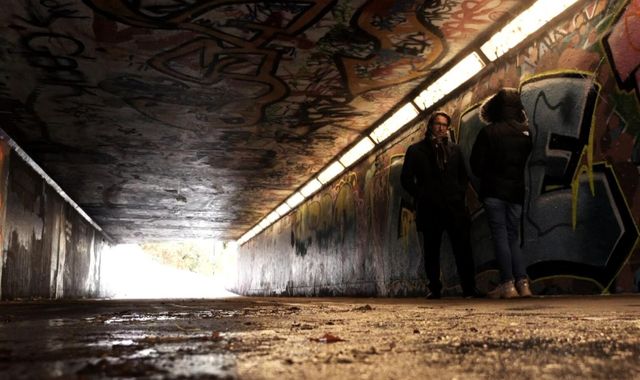 A multi-million pound strategy to cut drug crime and save lives has been unveiled by the government – but will it work?

At stake is the chance to save hundreds of lives, stop 750,000 crimes and dent an industry said to cost society £20bn a year.

The new drug strategy has been heralded by ministers as a two-pronged solution to an age-old problem.

It is both an offer to support addicts through rehabilitation and a warning to criminals that the police are coming for them.

It’s claimed that 300,000 drug users carry out half of all shop thefts, robberies and burglaries. If they just turn their lives around the help would pay for itself.

Plus, if the drugs marketplace was reduced so would numerous other related crimes including half the UK’s homicides.

The government says it will invest £780m to improve drug treatment in the UK – and predicts it will prevent 1,000 drug-related deaths reversing a 10-year upward trend.

Prime Minister Boris Johnson, joining a police raid in Liverpool, said: “Too many people have their lives blighted by these county lines gangs, so you’ve got to do two things at once.

“You can’t simply arrest them time after time and put them back in prison again and again. You’ve got to do rehab as well.”

The drug strategy follows a government-commissioned review of drug policy by Dame Carol Black that found spending on treatment for drug abuse fell by 17% in the four years up to 2018-19.

Drug rehab charities warn that, while welcomed, it is overdue investment into a problem made worse by previous local authority budget cuts.

“We used to have a system that we could legitimately describe as being world class, I don’t think that’s true anymore because of the terrible cuts we’ve experienced.”

However, many will be surprised that the government is injecting more into rehab than the additional £300m earmarked for the police which it is claimed will help shut 2,000 county lines.

This, in itself, is an admission that drugs lines rise again in places where they are dismantled – as the National Police Chiefs’ Council said in October that the number of county lines had been reduced from 2,000 in 2018 to approximately 600 active lines.

So, clearly more are expected to sprout up – and what no one is promising is that they will be eradicated.

As part of the government’s long-term plan, it says police will carry out 6,400 “disruptions” against the activities of organised criminals, targeting the road and rail networks they use while protecting vulnerable young people exploited by the gangs to run drugs for them.

Under the new measures, when dealers are arrested, police will be able to seize their mobile phones and use them to send messages to their clients to discourage drug use and direct them to support.

This is designed to remove the feeling of anonymity when people purchase illegal drugs.

A behaviour change campaign will be piloted on university campuses to help understand which messages work in discouraging drug misuse at an early stage.

Clamping down on recreational drug use

The prime minister said the government was “not going to sit idly by” while so-called “lifestyle users” indulge in drug taking, arguing that “all demand is helping to create the problem”.

A White Paper will propose “a set of tougher sanctions” for “recreational” drug users, whose usage it is claimed helps fuel county lines dealing.

This could include the prospect of users facing curfews or losing their driving licences or passports if they repeat offend.

But one member of Cocaine Anonymous warned that this could stigmatise addicts and discourage them from seeking help.

‘Charlotte’ told Sky News: “You don’t remove the need by taking their passport. All you do is make it harder for them to find a way out and find a way to escape from something that is already a stain.

“As a drug user it’s a stain on you when you’re using. It’s a stain on your history when you stop using. Taking away someone’s passport or driving licence is going to put all sorts of obstacles in their way, as if they didn’t have enough already.”

The government also proposes an expansion of drug testing on arrest, with police encouraged to direct individuals who test positive towards treatment or other relevant interventions.

This could include attendance at drug awareness courses with criminal sanctions for those who continue to use.

Judges will be given the power to order drugs tests on offenders serving community sentences for drugs-related crimes, with the prospect of jail if they test positive.

However, the Children’s Society warned that children could be “prosecuted more often for using drugs” under the government’s plans, given that criminals are known to “use offers of drugs, as well as alcohol, gifts, friendship and status” to groom young people.

Policy manager Iryna Pona said: “Far better early support is needed to help those with drug addictions, including young people, as well as to protect them from predators out to manipulate and exploit them.”

There was little detail on how the government planned to divert young people from this kind of exploitation.

Sky News spoke to ‘Lucy’, not her real name, who has been running drugs from London to the south coast since the age of 14.

Once she was stabbed by a dealer after drugs were snatched from her.

More recently she fled living in a trap house, where drugs are prepared, after someone else stole drugs and she feared she’d be blamed.

Lucy told Sky News that when you are desperate for money, county lines drug running looks like the easy option.

“It looks like the easy option, not asking for help, because people don’t like to ask for help – but honestly – there’s food banks and just genuine people that are out there and they are so much better than getting involved with people like that.”

Labour leader Sir Keir Starmer said the drug problem had “got a lot worse” over the past decade and accused the Tories of taking “millions and millions” of pounds out of the systems for tackling drug use and drug-related crime.

“I want the prime minister to take responsibility for the money that’s been taken out of criminal justice in the last 10 years that’s caused many of these problems.”

This is, however, a new approach by the government after several years of focusing predominantly on police raids and arrests.

And while helping addicts isn’t always a vote winner, it is an acknowledgement that you can’t beat the gangs by policing alone.