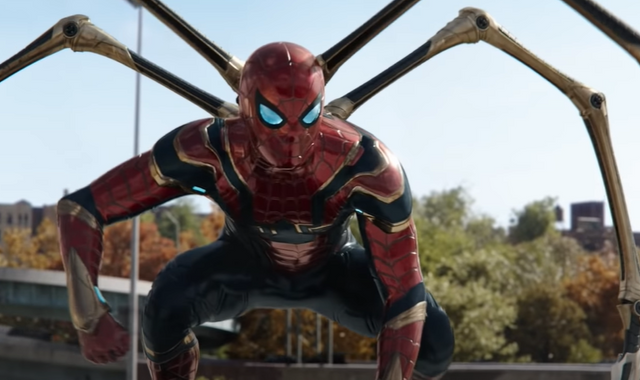 The new Spider-Man film has set a ticket-sale record in the UK before its highly-anticipated release, according to reports.

The Marvel movie, called Spider-Man: No Way Home, sold more than 150,000 tickets in the first 24 hours of going on sale at Vue Cinemas, the company announced.

The sales are more than double the previous record holder, Avengers: Endgame, and five times the first-day sales of the latest James Bond film, No Time To Die, the Sunday Times reported.

Vue’s founder Tim Richards told the newspaper: "We will look back on Bond as a watershed."

It has also set a record for pre-sales at Cineworld and cinema websites in America reportedly crashed under the weight of demand, the Sunday Times said.

The latest trailer for the film was released in November, with fans voicing their excitement at the inclusion of villains from previous movies which starred Tobey Maguire and Andrew Garfield as Spider-Man.

Thomas Haden Church’s Sandman also makes an appearance, as does Rhys Ifans in the role of Lizard.

In the latest Spider-Man film, Benedict Cumberbatch reprises his role as Doctor Strange, along with Zendaya as MJ and Jacob Batalon as Ned.