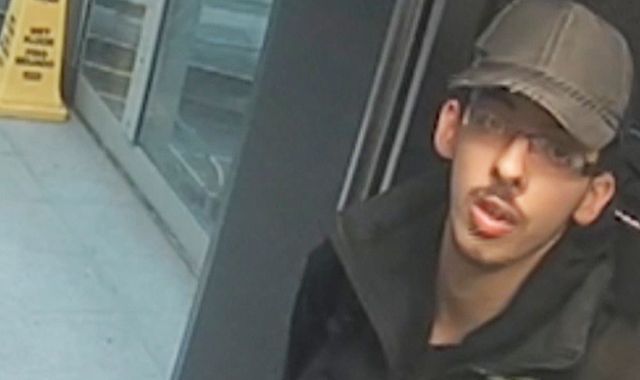 The Manchester Arena bomber swore at school teachers, stole a mobile phone from a prefect and skipped class, his former headteacher has revealed.

Salman Abedi was “badly behaved from the start of his school career” and “extremely rude”, said Ian Fenn, who led staff at Burnage Academy for Boys in Manchester.

One English teacher branded Abedi a “dislikeable boy” who “refused to complete his coursework on time”, the inquiry into the bombing heard.

He joined the college on 12 January, 2009, aged 14, after leaving another technical college due to “problems with other boys”, Mr Fenn recalled.

He was “just not really engaged or interested in education”, and “didn’t really bother”, it was said.

“School wasn’t something that meant much to him,” Mr Fenn added.

“It was like he knew he didn’t have anything really invested in it.”

He was excluded for four days after stealing the phone from the prefect and “showing no remorse”.

But while Abedi was “lacklustre” and “lazy”, Mr Fenn told of his surprise at the former student being behind the atrocity on 22 May, 2017, after an Ariana Grande concert.

“You don’t think someone who’s involved in that sort of minor criminality is going to go on and do what he did.”

He was described as a “clown” who “smoked a lot of weed” – but changed when he started associating with a new group of friends.

“They couldn’t believe that he had done it, he was just a druggie, as far as they were concerned he spent more time getting stoned than anything else.”

He started praying five times a day and made offensive comments including calling people “kuffar” – a derogatory term referring to people who are not Muslim.

Mr Fenn referred to that as “ultra-orthodox” but added that there was “a lot of difference between orthodox and extremist”.

Meanwhile Abedi’s younger brother, Hashem, who helped build the bomb used in the attack, was described as “disruptive”.

He was placed in a special inclusion unit at the school, which serves the inner-city areas of Longsight, Rusholme, Levenshulme and Moss Side, when he was in year nine.

“He was clever enough to access a main stream curriculum but he wasn’t accessing it and was stopping other people accessing it,” Mr Fenn said.

“Salman was much more badly behaved around the school – bad language, being an idiot, shouting – whereas Hashem was a disruptive element in the classroom.”

Salman Abedi left the college on 24 June 2011 – with staff clueless about where he was.

They later learned he had travelled to Libya.

The inquiry earlier heard how the youngest of the 22 victims, Saffie-Rose Roussos, eight, asked “am I going to die” as she was taken to hospital.

Hundreds were left injured after Salman Abedi detonated a suicide bomb in the arena foyer.

Police officers who carried Saffie out of the building described their desperate search for an ambulance – before realising help was not coming “any time soon”.

One hero care worker stayed with an injured man for almost an hour, holding a tourniquet, while he waited for a paramedic.