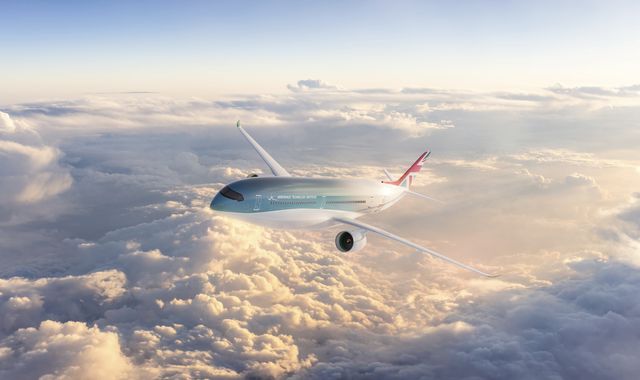 Zero carbon emission flights could be on the horizon thanks to new plans for a liquid hydrogen-powered plane, the government has said.

A midsize aircraft is being designed to carry 279 passengers at the same speed and comfort as today’s airliners and it is hoped it could fly from London to San Francisco without stopping, or to New Zealand with one refuelling stop.

Its backers say the project could help the UK meet its climate change commitments. The only waste product from using liquid hydrogen as a fuel is water.

The plane is being developed through the £15 million government-funded FlyZero project led by the Aerospace Technology Institute.

Business Secretary Kwasi Kwarteng said they were showing a “truly carbon-free flight could be possible with hydrogen a front-runner to replace conventional fossil fuels”.

“Fuelling planes sustainably will enable the public to travel as we do now, but in a way that doesn’t damage the planet,” he said.

Tom Burke, co-founder and chairman of green think tank E3G, said: “We are not going to solve climate change by first of all stopping everybody flying.

“So it’s very important that we develop ways that might make flying compatible with a safe climate.”

But he warned that the hydrogen must be “green” made from renewable energy, rather than blue hydrogen derived from natural gas.

Blue hydrogen produces significant emissions, which could be captured and locked away underground, but the technology has not yet been rolled out at scale.