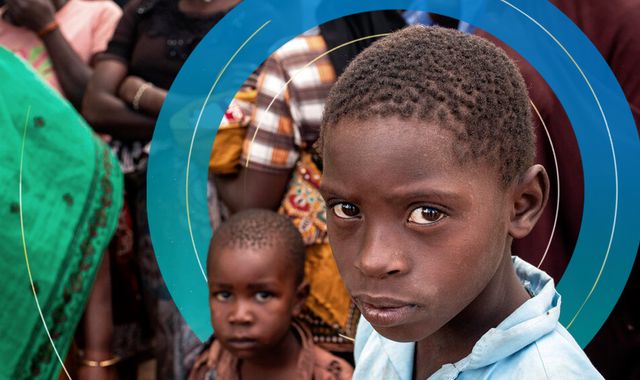 The UK government must withdraw £867m ($1.15bn) funding promised for a huge Mozambique gas project, as its support is incompatible with climate change targets, a group of environmental experts have urged today.

Continuing support for the liquefied natural gas (LNG) project in Cabo Delgado province “risks the UK’s credibility as a global leader on the climate crisis”, 17 scientists and academics said in an open letter to the Prime Minister Boris Johnson.

The group warns the project’s gas would release a total of around four billion tonnes of carbon dioxide when it’s burned, equivalent to over 10 years of the UK’s total current emissions.

They argue this is incompatible with the 1.5C warming target within the Paris Agreement, climate commitments from this year’s G7 summit, and the government’s own “keep 1.5C alive” framing of the Glasgow COP26 climate talks.

In October, Sky News revealed the project’s emissions were assessed against 2C of warming, not the 1.5C limit broadly accepted as a safer threshold to avoid the worst effects of climate change.

Professor John Barrett, one of the signatories to the letter, said: “If the UK, with its ongoing presidency of the COP process, wants to demonstrate leadership, it could invest its $1bn in Mozambique’s fledgling renewable energy sector and provide funds to help sub-Saharan Africa adapt to the impacts of warming from which they are already suffering”.

In December 2020, Prime Minister Boris Johnson pledged to end taxpayer support for the fossil fuel sector overseas. But the UK funding for Mozambique had been approved that summer and the policy was not applied retrospectively.

The letter arrives the day before the government’s decision to support the gas project, run by French oil major Total, is challenged in court by campaigners Friends of the Earth.

The three-day judicial review will examine whether the funding, provided via UK Export Finance (UKEF), complies with the UK’s Paris Agreement obligations and how thoroughly this was assessed.

Subscribe to ClimateCast on Spotify, Apple Podcasts, or Spreaker.

As over 95% of the gas will be exported, the project would “do almost nothing to improve energy access in one of the world’s poorest countries,” the letter argues.

“To genuinely help Mozambique and its people, as well as other communities in sub-Saharan Africa, the UK should use its finances to support the region’s vast potential for renewable energy,” it said.

He told Sky News: “LNG projects in particular are very capital intensive and are based on potential gas demand for decades to come; such projects are a significant bet against both the climate, and the trends we’re seeing in rapidly falling renewables costs.”

UKEF has been contacted with a request to comment.