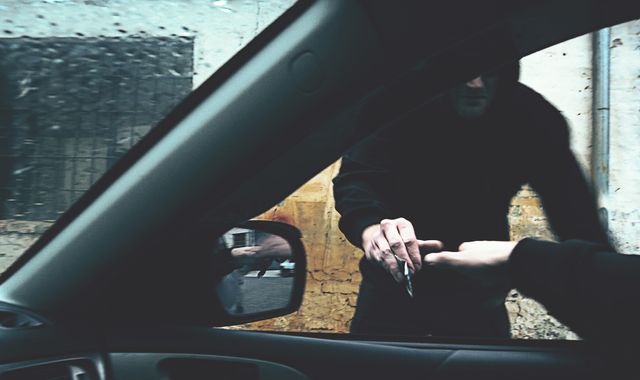 As part of a 10-year plan for tackling drugs crime in England and Wales and taking on the “kingpins” behind supplies, the prime minister warned criminals they will have “nowhere to hide”.

Mr Johnson is also pledging the largest-ever increase in investment in treatment and recovery for addicts.

The Home Office pointed to evidence that shows there are more than 300,000 heroin and crack cocaine addicts in England who, between them, are responsible for nearly half of crimes such as burglaries, robberies and theft from shops.

Drugs crime also drives nearly half of all homicides and the cost to society of wrongdoing by addicts is estimated at nearly £20bn a year in England alone, the department added.

Ahead of the publication of the government’s 10-year drugs strategy on Monday, the prime minister said: “Drugs are a scourge on our society, fuelling violence on our streets which communities across the country are forced to endure.

“That’s why, to cut crime and truly level up across the country, we must step up efforts to wipe out the vile county lines gangs who are blighting our neighbourhoods, exploiting children and ruining lives.

“Backed by record investment, the strategy we’re setting out today will attack supply and break the county lines model which sees criminals profit from people’s misery.

“Those who break the law will have nowhere to hide.”

Known as “county lines” supply, the government is promising to invest up to £145m in work to crack down on drug dealers in major cities who establish networks – often through younger and more vulnerable people – for the supply and sale of drugs to users in towns and rural areas.

The Home Office said its county lines programme, which will target road and rail networks, had already closed 1,500 supply routes and made more than 7,400 arrests with the safeguarding of more than 4,000 vulnerable adults and children.

Among other action being pledged in the drugs strategy, the government is promising to:

• Carry out 6,400 disruptions against the activities of organised criminals – an increase of 20%
• Expand the use of drug testing when police make arrests in order to direct users towards treatment or other interventions
• Increase the number of police forces who will run new schemes focused on intervening on a wide range of individuals at an early stage, such as attendance at drug awareness courses with criminal sanctions possible for those who continue to use drugs
• Test messages on university campuses as part of a pilot campaign to try and discourage drug use at an early stage
• Give judges power to order drug testing of anyone serving a community sentence whose offending is related to drug use, with them liable to be resentenced to a prison term if they test positive
• Use drug dealers’ seized phones to contact their clients with messages to discourage drug use or direct them to support.

The government is also promising further plans to look at new measures to reduce demand and deter people from illegal drug use through more meaningful consequences.

The Sun reported that harsher punishments to deter drug use could include the removal of passports and driving licences, night-time curfews and travel bans such as those imposed on football hooligans.

The newspaper also reported there would be extra cash for 50 local authorities with the worst drug problems, including Middlesbrough, Blackpool, Liverpool, Hull and coastal towns in the North East and Yorkshire.

Home Secretary Priti Patel said: “Crimes including theft, burglary and knife crime are falling, there are an additional 11,053 police officers on our streets, and by working with our outstanding police and law enforcement agencies, we have closed 1,500 drugs lines.

“But it is clear that the drugs trade is still driving so much crime – we must do more to prevent these ruthless gangs ruining lives, tearing apart communities and exploiting young people.

“This strategy will help to relentlessly pursue the kingpins behind these supply lines, making our streets safer.”

“Class A drug use has increased by 27% since 2010, drug-related deaths were the highest since records began last year, and the number of children referred as suspected victims of county lines has increased by more than 30% since 2019,” she said.

“Meanwhile, more than £100m has been cut from treatment services, and cuts to policing budgets have meant that specialist drug enforcement teams have taken a backseat, allowing gangs to grow, dealing to increase and demand to soar.”