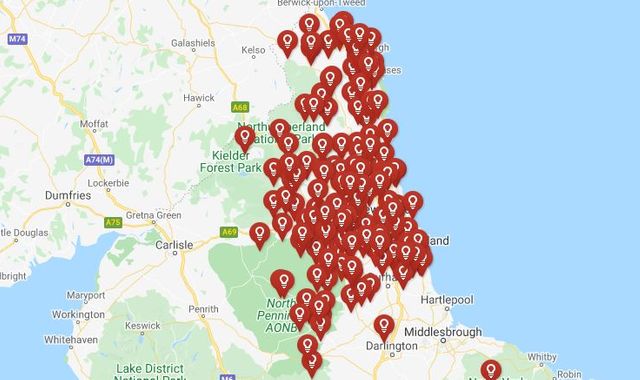 Thousands of homes are still without power nine days after Storm Arwen struck parts of the UK – with forecasters warning that more bad weather on the way may further hinder efforts to reconnect properties.

Heavy rainfall overnight meant hundreds of properties that had power restored were again without supply in Northumberland, a local councillor told Sky News.

Latest national data showed 4,025 homes were without power across northern England and Scotland on Sunday, down from 4,700 homes on Saturday, according to industry body the Energy Networks Association.

Ed Miliband, the shadow climate change secretary, said it was “completely outrageous” that thousands of people have been without power for more than a week, after the storm hit on 26 November.

Boris Johnson said he was “concerned” at the number of homes still without power as he held calls with local leaders and Lt Col Mark Steed, who is coordinating the military involvement in the response.

The Met Office issued yellow weather warnings for rain in parts of the north east of England and a yellow warning for snow for parts of the south east of Scotland overnight from Saturday into Sunday.