Sir Antony Sher: Prince Charles and Dame Judi Dench among those paying tribute to ‘giant of the stage’ 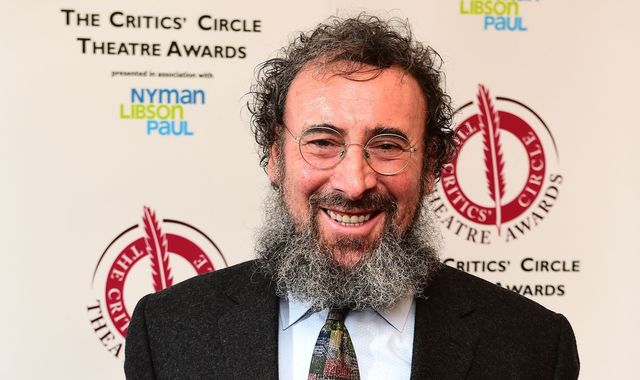 Theatre actor Sir Antony Sher has died of cancer at the age of 72 – with Prince Charles paying tribute to "a giant of the stage at the height of his genius".

The Royal Shakespeare Company (RSC) announced Sir Antony’s death and said the Olivier Award-winning actor and director had been diagnosed with terminal cancer earlier this year.

His husband Gregory Doran, the RSC’s artistic director, announced in September that he was taking a period of compassionate leave to care for Sir Antony.

The Prince of Wales has said he was "deeply saddened" to hear of Sir Antony’s passing.

"As the president of the Royal Shakespeare Company, I had the great joy and privilege of knowing him for many years, and admired him enormously for the consummate skill and passion he brought to every role," Charles said.

"My most treasured memory of him was as Falstaff in a brilliant production of Greg Doran’s. I feel particularly blessed to have known him, but we have all lost a giant of the stage at the height of his genius."

Sir Antony starred in a number of RSC productions, including a role in 2016 in King Lear, as well as playing Falstaff in the Henry IV plays and Willy Loman in Arthur Miller’s Death Of A Salesman.

Earlier landmark performances included Leontes in The Winter’s Tale, Iago in Othello, Prospero in The Tempest and the title roles in Macbeth, Tamburlaine The Great, as well as his career-defining Richard III.

Off stage he had roles in films including Shakespeare In Love and Mrs Brown. He also played Adolf Hitler in 2004’s Churchill: The Hollywood Years.

Dame Judi Dench, who starred alongside Sir Antony in the 1997 film Mrs Brown, described his performance as former prime minister Benjamin Disraeli as "spectacular" and said he he was a "sublime" actor.

Brian Blessed, who performed alongside Sir Antony in Richard III in Stratford-upon-Avon, told the programme: "He revolutionised Richard III entirely. Amazing imagination, amazing vocal power. He hobbled around the set like a great bottled spider. He would terrify the audience in the first few rows."

The National Theatre posted a statement on Twitter from director Rufus Norris, saying: "With the tragic passing of Antony Sher, one of the great titans has left us.

"His contribution and example to our theatre world was exemplary, and his standing within the ranks of National Theatre actors could not be higher."

The South African-born actor’s final production with the RSC was John Kani’s Kunene And The King, which saw him star opposite Kani as Jack, an actor acclaimed for his roles in Shakespeare who is diagnosed with liver cancer.

Sir Antony tied the knot with his husband Mr Doran on 21 December 2005, the first day same sex couples could legally form a civil partnership in the UK.