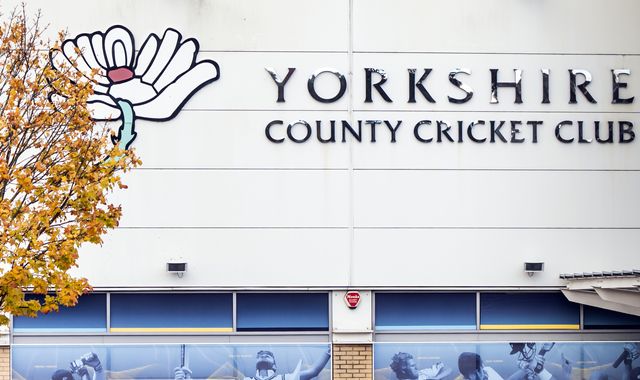 Yorkshire CCC’s director of cricket Martyn Moxon and head coach Andrew Gale are among 16 members of staff leaving the club in the wake of racism allegations made by former player Azeem Rafiq.

A new director will be appointed in the coming days and a new coaching team is being recruited, Yorkshire CCC said.

Lord Patel, Yorkshire CCC chair, said: “Significant change is required at Yorkshire County Cricket Club and we are committed to taking whatever action is necessary to regain trust.

“The decisions announced today were difficult to make, but are in the best interests of the club.

“Without making important changes to how we are run, we cannot move on from the past to become a culture which is progressive and inclusive.”

He said Yorkshire CCC is “determined to learn from the mistakes of the past”.

“We have a huge rebuilding job to do but we are confident that this heralds a step forward towards a brighter future,” he added.

Six members of the backroom medical team provided by Pavilion Physiotherapy Clinic are also leaving, with interim replacements in the process of being appointed.

Mr Moxon had been signed off from work due to a stress-related illness and had faced calls to resign from many, including Rafiq.

Mr Gale had been suspended over a “historical tweet” since 9 November “pending a disciplinary hearing”, after reports he had used an antisemitic word on Twitter 11 years ago.

Their departures follow those of former club president Roger Hutton, who resigned on 5 November, and former chief executive Mark Arthur, who stepped down a week later.

Last month Rafiq testified before MPs saying he felt “isolated, humiliated at times” due to the bombardment of racism he suffered and the “constant uses of the word p***” during his time at the club.

He said he and others from Asian backgrounds endured comments such as “you’ll sit over there near the toilets” and “elephant washers”, adding that “there seemed to be an acceptance” of racism in the institution.

Two weeks ago he told Sky News there needed to be a “total clear-out” at the club, calling for the entire leadership team to leave – and a month ago he said it would be impossible for the team to move forward with Mr Moxton and Mr Gale still at the organisation.