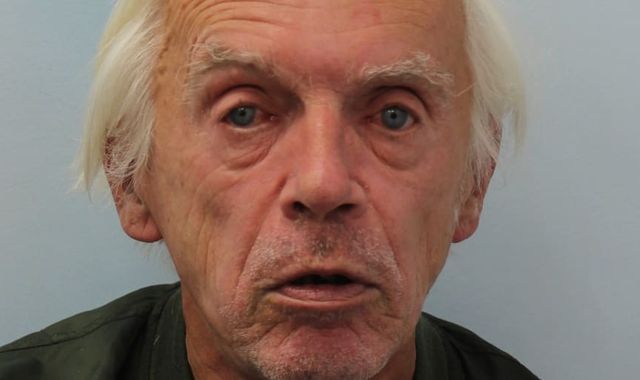 A man has been jailed for spiking a pubgoer’s drink with the intention of sexually assaulting him.

Eamon Kelly was sentenced to two years and four months in prison at Harrow Crown Court on Tuesday, after pleading guilty to administering a substance with the intent to stupefy to allow sexual gain.

He was also placed on the Sex Offenders Register for 10 years.

The 58-year-old was at a pub in The Broadway, Ealing, west London, on 29 August, when he dropped two tablets into the victim’s drink, the court heard.

The victim, a man in his 30s, told police that Kelly had been smiling at him in an odd manner, and when he finished his drink he noticed two tablets at the bottom of his glass.

One of them was still whole and the other was three-quarters dissolved.

He confronted Kelly, asking him if he had put the pills in his glass, but he just continued to smile and did not respond.

After questioning Kelly a second time, the pub staff intervened and told the victim to leave – unaware of what had happened.

However, after the victim explained the situation to them, staff reviewed CCTV which showed Kelly removing something from his jacket pocket and dropping it into the victim’s drink.

The victim did not require hospital treatment.

Police were called and officers arrested Kelly for administering a noxious substance. They then discovered a small vial containing crushed tablets in one of his pockets.

During police interview while in custody, Kelly told officers that he had crushed the Viagra tablet and sleeping pill years ago, and found them the day before the incident.

He said he was curious about what the reaction would be if he put them in someone’s drink.

Kelly was charged on 30 August.

Detective Constable Benazir Bhati, of the Metropolitan Police, said the force takes allegations of spiking “extremely seriously” and will “robustly target those who commit this heinous crime”.

“Kelly had gone to the pub that evening with the intention of drugging someone without their knowledge so he could sexually assault them,” the officer said.

“Thankfully the victim was vigilant and noticed the tablets and alerted staff, which meant officers were quickly able to get to the venue to arrest the suspect and carry out time-crucial enquiries.”