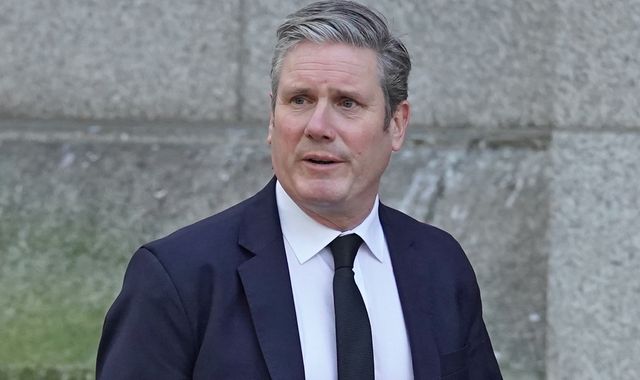 Labour’s main union backer has further distanced itself from Sir Keir Starmer’s leadership and will cut political donations to the party.

Sharon Graham, the general secretary of Unite, has vowed to instead put the money into other campaigns that would “set the pace” for Labour to follow.

Although Unite will still pay £1m in affiliation fees to Labour, Ms Graham told the Guardian that there was “a lot of other money” that could go elsewhere.

The union, the largest in Britain, has historically been Labour’s biggest funder and its former general secretary, Len McCluskey, was a close ally of ex-Labour leader Jeremy Corbyn.

However, Ms Graham – who replaced Mr McCluskey 100 days ago – has kept distance between herself and Mr Corbyn’s successor, Sir Keir.

She did not attend Labour’s conference in Brighton in September in order to focus on ongoing industrial disputes, although Ms Graham denied it represented a snub to Sir Keir.

Commenting on Unite’s funding of Labour, aside from its affiliation fees, Ms Graham told the Guardian: “There’s a lot of other money that we use from our political fund where, actually, I’m not sure we’re getting the best value for it.”

Unite had last year already reduced its funding to Labour, under Sir Keir’s leadership, by around £1m.

Mr McCluskey, the then general secretary who is a critic of Sir Keir, said the union wanted to “nurture the newer voices in our movement” with its political funding.

Despite Ms Graham stating she would now cut Unite’s funding of Labour further, the party’s national campaign coordinator, Shabana Mahmood, said she was “not concerned” about the support being received from unions.

“Trade unions pay affiliation fees to the Labour Party and that has not changed as far as Unite is concerned,” the shadow cabinet member told Sky News.

“But, of course, what they do with the rest of their money that they collect from their members for political campaigning, it has always been the case that some of that is directed towards the Labour Party and some of it goes into other local campaigns.

“Nothing that Sharon Graham said recently is a change on what we’ve always expected and what is standard practice amongst trade unions and certainly what she said her union was intending to do upon her election.

“So, I’m afraid, there’s nothing really to see here.

“Trade unions always fund different types of campaigning across the country and we are not concerned about the support we are receiving from our partners in the trade union movement.”