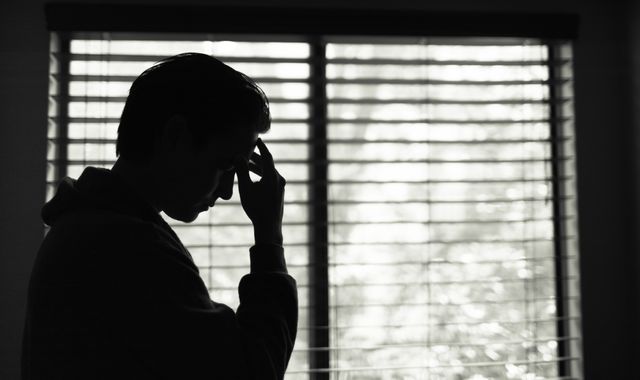 Around 500 leaseholders from across the UK have told Sky News about the extreme mental health impact and financial toll of having to live in an unsafe building.

Our research has exposed the devastating consequences the national building safety crisis is having on flat owners who can’t afford to fix the problems with their homes.

Leaseholders are suffering depression, chronic anxiety, severe stress and suicidal thoughts, with many at breaking point.

They have shared powerful and heartbreaking stories of facing imminent bankruptcy, having sleepless nights, and being forced to put lives on hold.

It comes as building experts warn that the crisis could undermine the whole housing market.

A 52-year-old leaseholder from Birmingham said: “It is paralysing. Dread courses through my blood each day. For two years, I have thought about it morning and night.”

Another leaseholder, a young woman from Bury, was fearful for her family’s future: “I have an eight-month-old and if I receive the bill for £58,000, I could become bankrupt.

“I would then have to renounce my practising certificate as a solicitor and would lose the job I have trained so hard to achieve. My family would also lose their home”.

Sky News sent out a questionnaire asking residents to comment on how their day-to-day life had been affected.

We heard from young couples unable to start a family because of the spiralling costs of service charges and insurance premiums, and also families who have outgrown their flats but are stuck as they can’t afford to move.

A 36-year-old woman from London said: “Sadly I had to terminate a pregnancy due to not being able to bring up a child in a one-bedroom flat in London with no parking or family nearby and can’t sell, move or rent out.”

Pensioners also described how they have had to come out of retirement and work, or are having to use up their entire life savings, with a leaseholder from Bristol questioning: “Where do I find £70,000 as a pensioner?”

Many leaseholders revealed that they have had to go on medication to treat depression and anxiety or have had therapy to support them.

Among the hundreds of emotional responses that Sky News received, one leaseholder from north London said: “I feel without hope.”

Another from Bristol said: “At my age, 33, it feels like my life is over.”

The Grenfell Tower fire in June 2017 uncovered systemic failures in building safety, which the government has vowed to resolve by removing flammable cladding and banning the use of combustible materials on high-rise homes.

It has allocated a £5.1bn to fund the removal of dangerous cladding on buildings above 18 metres, but the true cost of repair is estimated to be closer to £15bn.

The fund doesn’t apply for buildings below 18 metres or take into account any other safety defects, including missing fire breaks, flammable insulation or timber balconies.

Rachael Loftus, 44, from Leeds is still waiting for work to begin to make her building safe. It is 17.7 metres high, so centimetres short of the government cut-off point, and she doesn’t know if she will qualify for funding.

She was awarded an MBE for her work helping protect vulnerable people during the pandemic, but her own future looks bleak. The total cost to remediate the problems with her building, which include flammable cladding and unsafe render on the outside wall, is estimated to be £112,000.

She told Sky News: “I don’t even own this building, I own the apartment that sits inside this building, and the idea that my whole financial future could be ruined because of that just seems astounding and astonishing to me.

“I still can’t really believe that it could happen, but it is happening, I’m seeing this happen with neighbours and people living just across the dock who are getting these crazy bills. And at the moment it seems like everybody’s fine with that and that’s not fine, It’s not OK.”

Bankruptcy is an immediate reality facing thousands of leaseholders who have described support from the government as lacking.

Matt Hodges Long, who runs the building safety register, believes the government has failed to grasp how serious the situation is.

He said: “This could undermine the entire housing market. Typically, most residents within flats are living in cities or large towns. Quite often they’re first-time buyers, or they might be at the other end of the age range where they’ve moved down for retirement to release some equity.

“So ultimately, the whole market is now stuck because these flats can’t sell, and effectively we will see a stagnation of the property market. So this will affect everybody, this will make chains collapse, if it’s not doing so already, it will. So everybody will be impacted in some way by this crisis.”

Housing Secretary Michael Gove has said he will look at ways to help leaseholders, but after more than two months in the post, there has been no substantial plan put forward and even an admission that any plan may fail.

Speaking a few weeks ago at a select committee session, he said: “The easy people to sting are leaseholders, and that’s wrong. I may come back around to the Commons and say, ‘I’ve failed’. But I don’t think the starting point is to ask people through no fault of their own to pay on the scale that’s envisaged.”

Sky News asked Mr Gove to comment further on issues raised in our investigation, but he declined.

:: Anyone feeling emotionally distressed or suicidal can call Samaritans for help on 116 123 or email jo@samaritans.org in the UK.