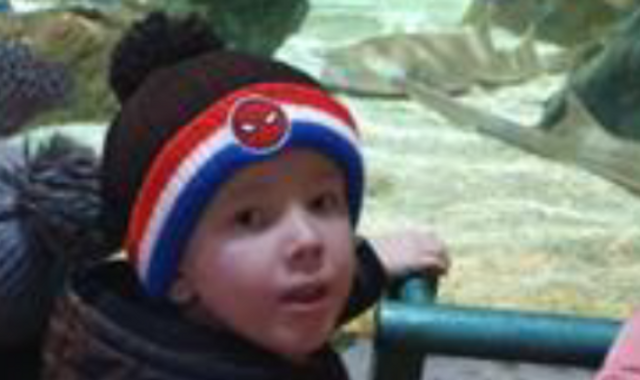 The father of Arthur Labinjo-Hughes and his girlfriend have been jailed for the six-year-old’s killing.

Emma Tustin, 32, was sentenced to life with a minimum of 29 years at Coventry Crown Court on Friday after she was found guilty of murdering the boy, who had been subjected to a campaign of “evil” abuse.

Her partner and Arthur’s father, Thomas Hughes, 29, was sentenced to 21 years in prison after being convicted of manslaughter.

Warning: This story contains distressing details about the treatment and subsequent death of a little boy

It comes after his son suffered an “unsurvivable brain injury” on 16 June 2020.

Tustin carried out the fatal assault while in sole care of Arthur at her home in Cranmore Road, Solihull, violently shaking him and repeatedly banging his head, likely against the hallway wall.

The 32-year-old then took a photograph of the unconscious youngster on her mobile phone and sent the message to Hughes as Arthur lay dying in the hall.

It took her 12 minutes to call 999 after ringing Hughes first, and she later lied to medics and police, saying Arthur “fell and banged his head”.

At the start of the pair’s sentencing hearing at Coventry Crown Court on Friday, his paternal grandmother Joanne Hughes read a victim impact statement on behalf of her family.

The secondary school teacher said Arthur, as a “happy, contented, thriving seven-year-old,” would “be alive today” had her son not met Tustin.

But she added: “It is also clear that Arthur was failed by the very authorities that we, as a society, are led to believe are there to ensure the safety of everyone.”

Arthur’s maternal grandmother, Madeleine Halcrow, in a victim impact statement delivered on behalf of the boy’s natural mother, recalled his “beautiful smile” and his “kind, nurturing spirit”, adding that he had been “the light of my life”.

“He was let down by a person he trusted and should have protected him, left alone and isolated, and then they took him away from me,” she said.

“My child, my little love, defenceless, trusting and nothing but loving, was killed.

“His short life stolen and the hole left in me and those who loved Arthur will never be repaired. Sleep well, my angel – you are truly loved.”

At trial, Tustin claimed Arthur must have thrown himself down the stairs, despite evidence he was so starved he could barely stand.

Hughes, of Stroud Road, Solihull, was convicted of manslaughter after encouraging the killing by his actions, including sending a text message to Tustin 18 hours before the fatal assault telling her “just end him”.

In court, the pair had been described by prosecutors as “utterly ruthless, unthinking and pitiless”.

After his death, Arthur was found to have 130 injuries all over his body, after being hit, slapped, kicked, punched and beaten, “over and over”.

Tustin admitted two other counts of child cruelty, by wilfully assaulting the boy and isolating him in the home by making him stand up to 14 hours a day in the hallway, with jurors convicting Hughes on both those counts.

Speaking after the verdicts, Ms Halcrow called them “wicked” and “evil”.

She described the couple’s behaviour, which included Tustin poisoning the youngster by force-feeding him salt-laced meals, as “unfathomable”.

“There’s no word for them, especially your own child,” she said.

Ahead of the sentencing, the prime minister’s spokesman described the case as “deeply distressing”.

“Questions need to be answered to get to the bottom of how this happened, a review will look at local safe guarding, police, social care, professionals,” he added.

“We won’t hesitate to take any action off the back of that review.”

An independent serious case review is under way into the actions of Solihull Council social workers who found “no safeguarding concerns” after visiting Arthur, just two months before he was murdered.

Hughes’ mother, Joanne Hughes, had seen bruises on Arthur’s back, with the boy telling how Tustin “called him an ugly, horrible brat” and shoved him into the stairs.

She alerted children’s social services to the bruises in April, just weeks before his death.

But two social workers, who saw Arthur at Cranmore Road, had “no safeguarding concerns”.

Solihull’s Local Child Safeguarding Partnership is now carrying out an independent review of the circumstances surrounding the “terrible tragedy”, including the actions of Solihull Council’s social services.