Alec Baldwin: Actor says he does not feel guilt over film-set shooting of Halyna Hutchins – as ‘someone is responsible… I know it’s not me’ 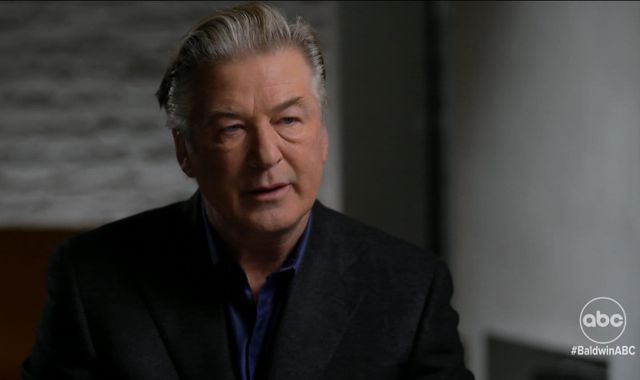 Alec Baldwin has said he does not feel guilt over the fatal film-set shooting of cinematographer Halyna Hutchins – and that there is "only one question to be resolved – where did the live round come from?"

Speaking in his first interview since the gun he was holding fired and killed Ms Hutchins on the set of the Western Rust in October, Baldwin told Good Morning America host George Stephanopoulos that he and the cinematographer "had something profound in common, and that is we both assumed the gun was empty".

Baldwin, who became emotional at several points during the interview, said he had decided to speak out as the criminal investigations and civil lawsuits surrounding the shooting in New Mexico would take a long time. "I really feel like I can’t wait for that process to end," he said.

As seen in a trailer of the interview, released earlier in the week, Baldwin also told Stephanopoulos that he never pulled the trigger of the prop gun, but that it went off when he released the hammer – the mechanism that can be cocked back before firing. The assistant director who handed the actor the gun backs up his assertion that he did not pull the trigger and that it was a "misfire".

Authorities have said Baldwin was told the gun was safe to handle but continue to investigate how a live round ended up in the weapon. During the interview, the actor said he had been told "by people in the know… that it is highly unlikely I would be charged with anything criminally".

Claims of safety issues on set in the days leading up to the tragedy have been reported, with lead camera operator Lane Luper resigning the day before Ms Hutchins’s death. Two crew members have filed civil lawsuits accusing Baldwin, the producers and others of negligence and lax safety protocols, with the lawyer for one accusing the star of playing "Russian roulette" by not checking the gun.

In the interview, Baldwin said he had not been aware of any safety concerns, only that some crew members wanted better hotel rooms.

The producers of Rust, including Baldwin, have previously said in a statement that they were not made aware of any official complaints but would be conducting an internal review. "The safety of our cast and crew is the top priority of Rust Productions and everyone associated with the company," they said. "We will continue to cooperate with the Santa Fe authorities in their investigation and offer mental health services to the cast and crew during this tragic time."

During the interview, Baldwin also gave his account of what happened in the moments leading up to the shooting, saying Ms Hutchins was showing him where to point the gun to get the right shot.

"She’s getting me to position the gun," Baldwin said. "Everything is in her direction. She’s guiding me through how she wants me to hold the gun for this angle, and I draw the gun out and I find a mark." It was an "incidental shot", he said, which might not have ended up in the film at all.

After showing Hutchins how he would cock the gun, the actor said he "let go of the hammer of the gun and the gun goes off". He said he "would never point a gun at anyone and pull a trigger at them, never".

Baldwin also described the moments after the shooting, saying he initially did not realise what had happened and thought the cinematographer might have fainted. "I thought to myself, did she faint?" he said. "The notion that there was a live round in that gun did not dawn on me till probably 45 minutes to an hour later."

Elaborating, he said: "No one could understand. Did she have a heart attack? Remember, the idea that someone put a live bullet in the gun was not even in reality." He did not learn Ms Hutchins had died until a few hours later, he said.

On Tuesday, authorities investigating the sources of the live ammunition searched the premises of an Albuquerque-based firearms and ammunition supplier.

Baldwin has been criticised by some for not checking the gun thoroughly himself. However, he said in the interview that he believes that is not the actor’s job.

"When that person who was charged with that job handed me the weapon, I trusted them," he said. "In the 40 years I’ve been in this business all the way up until that day, I’ve never had a problem."