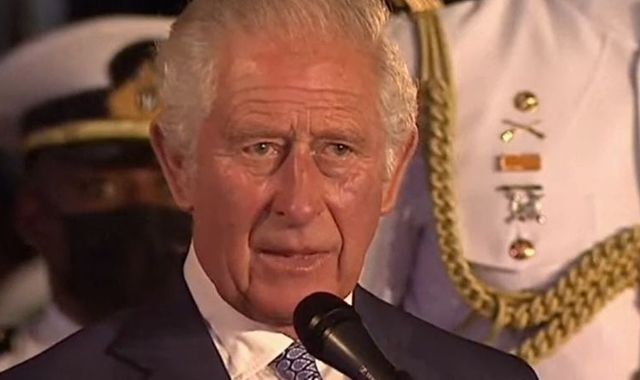 Prince Charles’s former closest aide coordinated with “fixers” over an honours nomination for a billionaire who donated to his charity.

Former royal valet Michael Fawcett is accused of promising to help secure a knighthood and British citizenship for a Saudi billionaire.

Mr Fawcett resigned as the chief executive of the Prince’s Foundation after the string of allegations came to light. He was also involved in directing money from the donor’s foundation to another charity, of which Charles was previously patron, it has been revealed.

Dame Sue Bruce, chair of the Prince’s Foundation, described the recent crises surrounding the future king’s charitable organisation as a “difficult chapter”, but said “lessons will be learned” to ensure the charity acts with the “utmost integrity and probity”.

Clarence House said: “It is important to His Royal Highness that the charities which bear his name operate to the highest standards, in accordance with rules established by charity regulators.

“We are taking this opportunity to reinforce guidance to these charities, particularly in respect of their relationships with supporters.”

Clarence House has previously said the prince had “no knowledge” of the cash for honours scandal.

In September, both the Prince of Wales and Mr Fawcett were reported to the police over the cash-for-honours allegations.

Republic, which campaigns for an elected head of state, criticised the “glaring hole” in the investigation concerning what Charles knew about the dealings.

Graham Smith of Republic said: “How could a charity CEO acquire honours or meetings with Prince Charles without Charles’s knowledge of what was going on?

“It isn’t credible, but the charity has carefully steered clear of any questions about Charles, which leaves a glaring hole in their investigation.”

Mr Fawcett and another unnamed senior employee were involved in a transfer of money from the Mahfouz Foundation, founded by Dr bin Mahfouz, to the Children and the Arts Foundation (CATA), which is semi-defunct. Prince Charles ceased to be a patron of CATA in early 2019.

The investigation found the activity took place without any knowledge or approval from the Prince’s Foundation.

The Charity Commission has launched an inquiry into the Mahfouz Foundation.

The Prince’s Foundation initially received £100,000 from Russian banker Dmitry Leus, via the Mahfouz Foundation, but Charles’s charity’s ethics committee rejected the money and it was returned.

Mr Fawcett quit his job in the royal household twice before, including in 2003 when, as Charles’s personal assistant, he was accused and cleared by an inquiry of selling royal gifts, but was revealed to have accepted valuable gifts from outsiders.