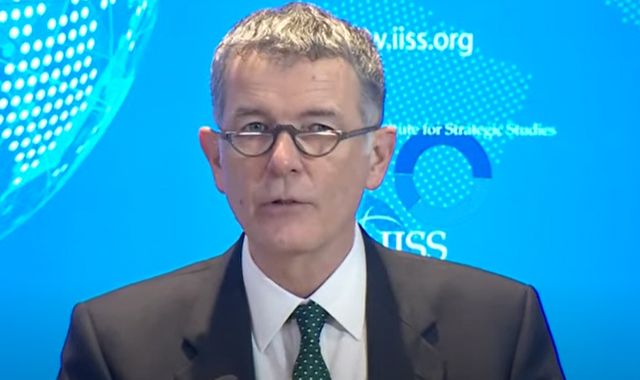 China has accused the head of MI6 of “peddling fake news and false intelligence” after the spy chief accused Beijing of snaring other countries in “debt traps” and “data traps”.

Richard Moore, in his first public speech on Tuesday as head of the Secret Intelligence Service (SIS), also revealed China had become the single greatest focus for his spies.

He accused China’s intelligence services of “large-scale espionage operations” against the UK and urged nations around the world to be “clear-eyed” when striking deals with Beijing.

Hitting back, the Chinese embassy in London said Mr Moore’s allegations about China trapping countries with unpayable loans and exploiting their data “are based on false intelligence, not factual evidence”.

The statement, attributed to a spokesperson, said: “The truth is there is not a single country that has fallen into the so-called ‘debt trap’ as a result of borrowing from China.”

On the issue of “data traps”, Mr Moore had raised alarm over what he described as the risk of accepting a Chinese technological solution to a problem only to find a backdoor built into the system that enables China to access data on a population and erode their sovereignty.

These comments also appear to have annoyed Chinese diplomats.

The embassy spokesperson accused the UK of “peddling fake news and false intelligence” in its accusation of China setting up ‘data traps’ to erode other countries’ sovereignty.

They said: “The truth is China is a main victim of cyber theft and attacks, and a staunch defender of cyber security.”

The embassy claimed China does not interfere in the internal affairs of other countries – “nor does it impose its own will on others or seek any political benefits”.

That claim contrasted with the picture painted by Mr Moore, who voiced concern about efforts by the Chinese government “to distort public discourse and political decision making across the globe”.

The Chinese embassy ended its rebuke, saying: “We urge the UK side to correct its mistakes, stop playing the trick of a thief crying ‘stop thief’, and cease its unfounded attacks against China.”