Migrant crossings: Man says he was ‘between death and life’ on terrifying Channel journey to England on same day 27 others died 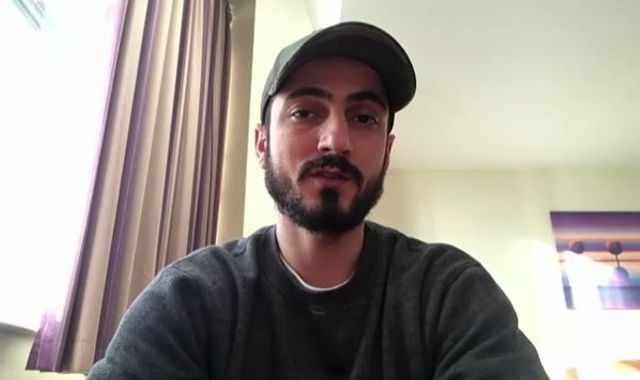 It’s two weeks since Sky news met Rawaz Qader at a tented camp in Dunkirk. He turned up in soaking wet clothes, having tried and failed to cross the Channel in a small boat. He came back to nothing. The police had come in and broken down the camp, taken away the tents and plastic sheeting that served as shelter.

But the 30-year-old Iraqi Kurd told the Sky team he would try to cross the Channel again. Our producer took his number. And he got in touch to say he was heading out again last week. He left on the same night as the 27 people who lost their lives in the Channel.

But Rawaz made it to the UK after a terrifying journey.

He tells us: “I thought we were going to die, but I didn’t want to say it.”

We speak to Rawaz from the hotel where he is in quarantine in the UK. Day after day Sky News had tried to contact him to make sure he was safe. He didn’t answer. The team feared he may have been one of the victims. Our producer took his details to the police trying to get some information.

Then at the weekend Rawaz got in touch to say he was safe. He had made it to England. He believes he may have seen the boat that sank leaving Dunkirk.

He tells us: “There were four boats. There were three boats before us. The first one was loaded and gone. Maybe that was the one. Unfortunately, the second and the third, when the police came, they destroyed the boats and the motors. And there was one boat left”.

He goes on: “The waves were very high when we loaded the boat with 40 people. The boat was small. People were scared – 12 people went back. They didn’t want to make the journey.”

Rawaz is now grateful so many people left the boat. He is convinced that if they hadn’t he would not have survived. The boat was loaded down in the water and eventually they ran out of fuel. They were adrift in the Channel.

He says: “I did fear. There is no one who doesn’t fear because you are risking your life. You are basically between death and life. But you have to fight with your emotions, you know? Some people were frozen, they couldn’t move. There was a kid, a girl, 14 years old. She had a very bad time. Basically, when we stopped the people were more scared. The waves were taking the boat away. But we were lucky that the police came”.

They had made it to British waters.

But Rawaz says: “When we arrived in Dover, we heard that a boat sank in the middle of the way. That was the same day.”

He says everyone was emotional and distressed. “Everyone was almost crying because we didn’t know who the people were,” he says.

He thinks he probably met some of those who died. Most migrants and asylum seekers spend days, more likely weeks, in the camps waiting for passage to England.

Rawaz now hopes for a future in Britain. And he says despite the tragedy, desperate people will find ways to follow him.