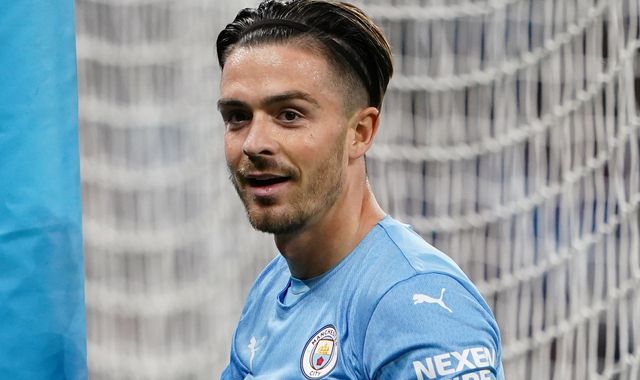 Jack Grealish has revealed he was "really close" to joining Manchester United from Aston Villa in 2020, a year prior to his £100m move to their rivals City.

The England international, 26, who faces his former club Villa for the first time on Wednesday following his move to the Etihad Stadium, attracted interest from a number of Premier League sides after excelling in the Villa first-team since making his debut in May 2014.

He helped the club gain promotion to the top-flight in 2019 after a three-year absence and scored 14 goals in 62 Premier League appearances under former manager Dean Smith following their return.

Grealish was targeted by former Manchester United manager Ole Gunnar Solskjaer during the summer transfer window last year, but the playmaker opted to stay at Villa Park and signed a new long-term contract until 2025.

"I was really close to going, but nothing happened in the end," he told the Daily Telegraph.

"We played United in a pre-season game on Saturday and I wasn’t supposed to play in a cup game at Burton.

"But after the United game I said to Christian Purslow [Aston Villa’s chief executive] and my agent ‘if I’m not leaving, I’ll sign my new contract’.

"I went in with my dog on Tuesday morning, signed the deal, and played later that day. We all agreed on the clause and if any team hit that, it’s a win-win because it means I’ve had an unbelievable season and Villa got £100 million."

Grealish, who has two goals and three assists in 15 matches for City since joining for a club-record fee, has admitted to finding playing for the Premier League champions harder than expected.

Pep: Grealish must deliver his best for City this season

Pep Guardiola says Grealish must produce his best in the remainder of the season but has praised the way he has settled in at Manchester City.

Grealish and Phil Foden will be assessed ahead of the trip to Villa while Kevin De Bruyne and Aymeric Laporte are set to miss the game.

Guardiola said: "Asked if it may take until next season for Grealish to perform at his best, Guardiola said: "I don’t think so, we will be in trouble! We have to see it right now, the best of course. We have six or seven months ahead of us.

"Absolutely not, I am not thinking the best of Jack Grealish we will see next season. I want to see it this season!"

Despite wanting more, Guardiola is happy with Grealish’s initial impact at the Etihad Stadium.

"I would say he settled perfectly. I think it is easy because he knows many English players here and the other guys are sometimes too much (sic) nice people," Guardiola added.

"It is not a problem, he plays good, he has to finish to settle, to find a real apartment to live in. You always need a little bit of time.

"If you analyse the games [and whether] he played bad. Absolutely not. With the quality he has it is difficult to play bad. But the way we played and the expectations every few days… It is completely different to what he lives at Aston Villa. But he did it incredibly well there.

"Now he comes back from the international break injured and now hopefully come back step by step to his best form."