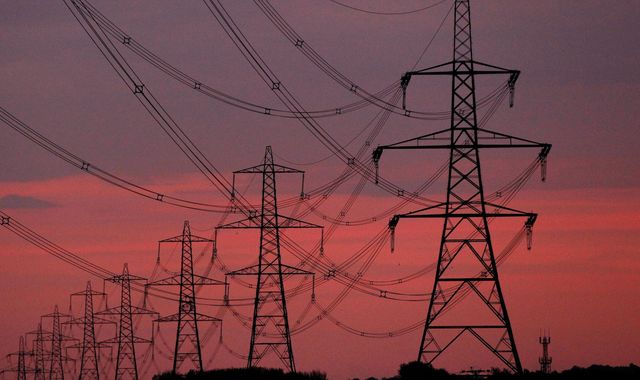 Another household energy supplier has thrown in the towel as the industry grapples with the unprecedented surge in wholesale costs.

Zog Energy, which has 11,700 households on its books, said via its website that it was ceasing to trade and advised customers that their gas and electricity supplies would not be affected.

Under the industry regulator Ofgem’s ‘supplier of last resort’ lifeboat, they will be appointed a new energy company which will place them on tariffs under the government’s price cap.

The cap, which rose by 12% at the start of October to reflect the leap in gas costs up to last summer, is currently the cheapest option available for households.

25 suppliers have failed since the start of September because they have been unable to pass on wholesale price rises, of more than 400% at one stage this autumn, to customers because of the cap.

The next review of the cap takes place in February and is due to take effect in April – threatening to pile more energy bill misery on bill payers.

When the UK’s seventh-largest supplier Bulb collapsed last week, it was deemed too big to fail because no other supplier could easily take on its 1.7 million customers.

A special administrator was appointed instead and handed up to £1.7bn of taxpayers’ cash – £1,000 per household – to see the company through to a sale process which is expected to take place next year.

Zog customers were advised to take a meter reading and await the appointment of a new supplier.

Ofgem’s director of retail, Neil Lawrence, said: “Ofgem’s number one priority is to protect customers. We know this is a worrying time for many people and news of a supplier going out of business can be unsettling.

“I want to reassure affected customers that they do not need to worry, under our safety net we’ll make sure your energy supplies continue.

“Ofgem will choose a new supplier for you and while we are doing this our advice is to wait until we appoint a new supplier and do not switch in the meantime.”