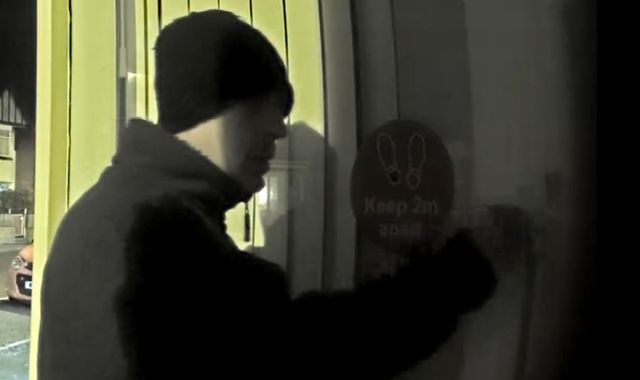 A man who superglued shut the lock to a COVID-19 vaccination centre has been handed a three month prison sentence.

Hayden Brown squirted glue into the keyhole of the door to a pharmacy in Lowestoft Road, Gorleston, Norfolk, preventing more than 500 people from getting their booster jabs.

The 53-year-old, of Burgh Road in Great Yarmouth, was arrested on Tuesday after he was identified by covert cameras that had been put in place following two previous incidents on 12 November and 20 November.

A total of 504 vulnerable people were prevented from getting their COVID booster jab due to the incident on 26 November.

Superintendent Nathan Clark said a “large number” of the people affected were elderly, adding: “This disruption will have caused great anxiety to those who have chosen to be vaccinated and then not [been] able to attend.”

The defendant also admitted to possessing cannabis, which was found at his home following his arrest.

He entered his guilty pleas and was sentenced on Wednesday.