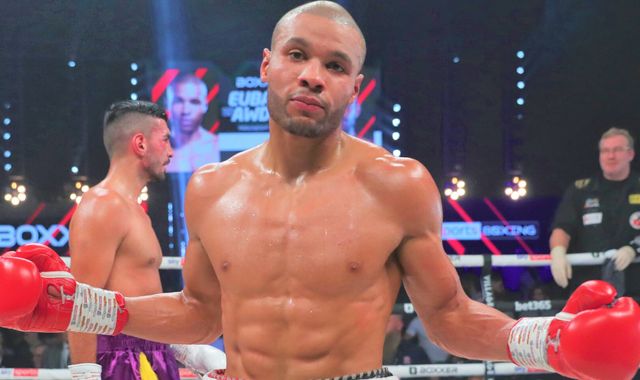 Eubank Jr’s fight with bitter rival Williams had been scheduled for December 11, but the Welshman suffered a recurrence of a shoulder injury and the middleweights will now meet on January 29 at the Motorpoint Arena, Cardiff.

Ben Shalom, who promotes the huge British battle in association with Wasserman Boxing, has revealed how Eubank Jr raised suspicions about Williams before a new date – just a few weeks later – was confirmed for the bout.

"Chris definitely felt that Liam Williams, there was something strange going on," Shalom told Sky Sports.

"I think, to be honest, Liam knows this is the biggest fight of his career. It’s a legacy fight for him, in Cardiff, in front of his own fans, and so he just wanted to make sure he was 100 per cent ready for what will be a huge, huge fight.

"Chris maybe thinks there’s something going on, but I assure you there’s not.

"Liam Williams will 100 per cent be fit for January 29. We’re delighted. We didn’t want to see this go on and on and on."

Nisse Sauerland, of Wasserman Boxing who promote Eubank Jr, believes the 32-year-old is even more motivated to deliver an explosive victory over Williams.

"Of course Chris was disappointed by the injury," Sauerland told Sky Sports.

"The good thing is, he doesn’t have that long to wait. He knows that.

"It gives him a bit of extra time with trainer Roy Jones Jr to prepare for the fight. Some extra sparring, try out some new things, and I think he’s going to be even more hungry.

"It’s going to kick-off the year in the right way and I think it’s going to be a brilliant fight.

"They are just going to go at it. Liam Williams said at the press conference, he’s going to jab and move against Chris, but I can’t see that happening.

"It’s going to be an all out war and I can’t see it going the distance either."

Claressa Shields had to wait a little longer for her UK debut, but the American star will still defend her WBC, WBA and IBF middleweight belts against Ema Kozin on the Eubank vs Williams bill in January.

Victory for Shields will keep her on course for a world title showdown against Savannah Marshall later in 2022.

Shalom told Sky Sports: "We spoke to most of the bigger fighters on that undercard and we said, ‘Do you want to stay on? Do you want to fight?’

"They know what a big card that is.

"This is Claressa Shields, potentially the best female fighter in the world right now.

"It’s her UK debut, she wanted to be on a big platform, and so when we gave her the choice for a few weeks later, it was a no-brainer.

"She can’t wait, it’s going to be a massive night in Cardiff."