Will Tiger Woods ever return to PGA Tour action? Why competing again would be an absolute miracle 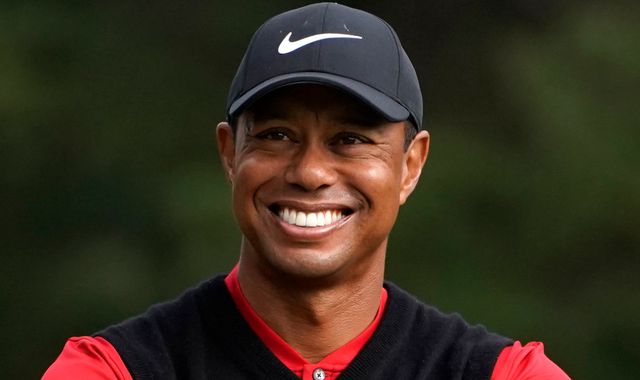 As golfers and golf fans, we’ve been very lucky to live in the Tiger Woods era. The way he played, the way he carried himself and the way he dominated people was just amazing.

He had something about him that made people – even the world’s best – feel inferior that they couldn’t even do what they normally could when up against him. To win 15 majors and be world No 1 for 13 years was unbelievable.

I don’t think anyone will ever bring that amount of excitement to the game again. Who’s to say that if he had remained fit throughout his career, regardless of what was going on in his personal life, that he couldn’t have surpassed Jack Nicklaus’ major tally of 18?

I think the idea of Woods coming back to play full-time was something that nobody would have expected, so for him to say that he might be able to play a few tournaments a year is nothing short of an absolute miracle.

The fact that he’s even up walking now, in a position to chip, putt and hit a few shots, is amazing anyway. I spoke to numerous players at the Tour Championship a couple of months ago, people that had seen the extent of his injuries, and they questioned how he would come back from this.

Woods is just so resilient, he’s so dogged, and is quite simply a one off. He’s now got himself back in position where he thinks he might be able to play some golf, which is more than we could have hoped for a few months ago.

At the end of the 1940s, Ben Hogan was involved in a horrific accident and it was amazing that he survived the crash, yet he came back after a torturous rehab. In 1953, he would go on to win five of the six tournaments he played, including three of the majors that year.

I think the Hogan story has resonated with Tiger and I think that may have kept alive the thought in the back of his mind that he could one day return. Of course, not come back and do what he did before, because his past body of work was so incredible.

Will he be able to come back and compete? He isn’t going to play to just try and make the cut. If he comes back, then he thinks he can win.

Watch the Hero World Challenge throughout the week live on Sky Sports. Live coverage beings on Thursday from 6.30pm on Sky Sports Golf.