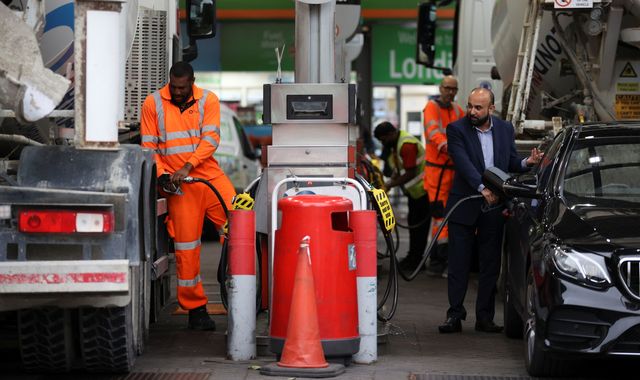 Fuel retailers should be scrutinised by the government if they fail to cut prices, the RAC has suggested.

The motoring organisation said petrol and diesel prices remain high despite a reduction in the wholesale price of oil.

It pointed out that oil prices fell by around 10 US dollars a barrel on Friday in response to concerns about the Omicron coronavirus variant.

While Brent crude put back some of that lost value on Monday, it was trading 3% lower on Tuesday at $70 a barrel – below recent heights of $85.

The RAC said recent declines were yet to be reflected at the pumps.

Its fuel spokesman Simon Williams estimated that retailers were making a “shocking” 19p profit on every litre of fuel they sell, more than treble the pre-pandemic figure of 6p.

He said fuel companies might “resent” being told that their fuel is overpriced, but that “doesn’t change the fact that they should cut” prices.

Mr Williams added: “If they don’t, we feel they will lose credibility with drivers, although it’s very difficult for motorists to vote with their feet because they have nowhere else to go.

“If a substantial cut doesn’t materialise, we feel this is worthy of government scrutiny as there’s no public body monitoring fuel prices to see if they’re fair.

“With fuel prices at record highs drivers are in dire need of some respite at the pumps and now it’s impossible to blame the prices on rising oil costs.

“It seems as though retailers think they can get away with charging more for fuel because of the public’s general acceptance of rising energy prices.”

The average cost of a litre of petrol and diesel at UK forecourts is 147.64p and 150.85p respectively.

Filling a typical 55-litre family car with petrol or diesel is around £19 more expensive compared with 12 months ago.

The RAC’s position chimes with complaints reported by Sky News last week from the FairFuelUK campaign group which demanded a regulatory inquiry into fuel costs.

Retailers argued then that prices were not just reflecting volatile oil prices but also increases in their own costs through things like wages and electricity.

They also pointed to a contribution from weakness in the pound which had made dollar-priced oil more expensive.

In September, the country was at the height of a fuel crisis that saw shortages across the country.

It started when it emerged that BP had told the government it was prioritising the restocking of its branded filling stations because of a shortage of tanker drivers.