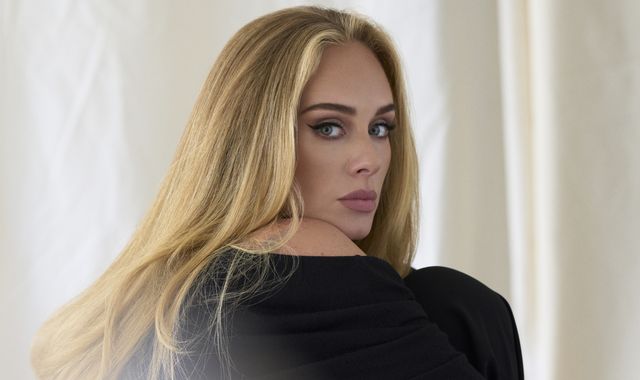 Adele has cemented her place as part of pop music royalty by announcing a Las Vegas residency next year.

The Easy On Me singer, who recently released her fourth studio album 30, will perform weekend shows at the Colosseum theatre at the world-famous Caesars Palace in Nevada.

Called Weekends With Adele, the 33-year-old star will do two concerts each weekend from 21 January until 16 April in the US city.

She tweeted: "See you at Caesars in Vegasss."

The announcement comes after the British singer’s album was revealed to be the fastest-selling of the year in its first week of release, and is on course to spend a second week on top of the charts.

Adele, who now lives in Los Angeles, follows in the footsteps of other famous faces including Celine Dion, Sir Elton John, Usher and Sir Rod Stewart, who have all performed at the venue.

Concert residencies in Las Vegas have become a major attraction in recent years for musicians who do not wish to travel extensively on traditional tours.

Celine Dion, Katy Perry, Carrie Underwood, Usher, Barry Manilow and Shania Twain are among the top acts already playing there, or who have announced multiple dates in the next few months.

The 4,100-seat capacity Las Vegas shows come ahead of Adele’s two gigs at the BST Summertime events in London’s Hyde Park on 1 and 2 July, which currently remain her only upcoming European tour dates.

During her media engagements for 30, Adele expressed a desire to tour the album but added that the current climate means it is a difficult task.

"All the COVID rules are different everywhere, and the rates of infection, the rates of vaccine… it makes me nervous trying to plan a world tour globally when no one’s really on the same page," she told Hits Radio.

"The last thing I want to do this cancel any shows again… as long as I get to do something – I’m good."

Getting hold of tickets for Adele’s residency may prove a huge undertaking, with pre-registration emails being sent out to Ticketmaster Verified Fan users.

Only those fans with special codes will be able to access tickets, and if demand in the pre-sale exceeds supply, the tickets will not be offered publicly.