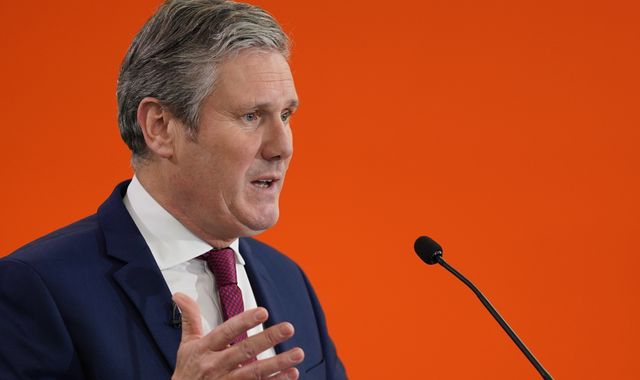 Labour leader Sir Keir Starmer is carrying out a reshuffle of his shadow cabinet – and Sky News understands a senior member of his top team is being demoted.

Sky News understands Nick Thomas-Symonds is being demoted from his position as shadow home secretary.

After a morning of reports and speculation about a reshuffle, Cat Smith revealed she is departing as shadow minister for young people and democracy.

She tweeted out a copy of a letter she has sent to Sir Keir, saying: “Although I am grateful for your offer to remain in my current brief, I have only been on the backbenches for four months in my six and a half years as an MP and I will instead be returning to the backbenches.”

Ms Smith warned Sir Keir of the “damage” being done by Jeremy Corbyn remaining suspended from the Parliamentary Labour Party.

The reshuffle comes six months after Sir Keir‘s last refresh of his shadow cabinet, in the wake of a mixed night for Labour in May’s elections across the UK.

Speaking earlier at an event in Westminster, Labour deputy leader Angela Rayner said: “I don’t know the details of the reshuffle or the timing of it, I’ve been here concentrating on my role now.

“But six months ago I said again we need some consistency in how we’re approaching things as an opposition. I want us to see us as a government in waiting, I want us to do that job.”

Sky’s political correspondent Kate McCann reports that Ms Rayner did get a call from Sir Keir on Monday morning to say she would keep her role, but was not given any detail or consulted about the reshuffle itself.

She posted a tweet on Monday afternoon addressing Ms Smith’s departure from the shadow cabinet, writing: “I want to thank @CatSmithMP for all of her work in my team especially in exposing and standing up against the Conservatives’ anti-democratic power-grab Elections Bill.

“Cat is a brilliant local MP and I know she will continue to stand up for her constituents from the backbenches.”