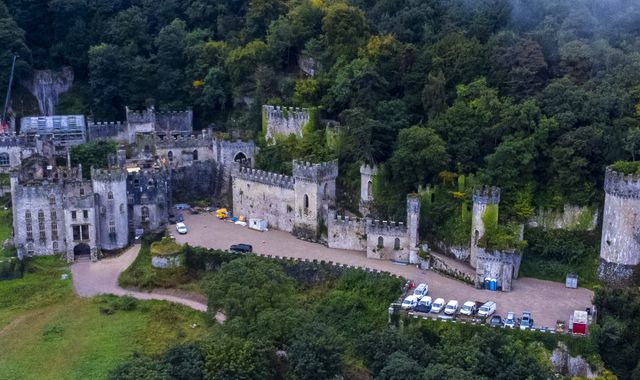 I’m A Celebrity… Get Me Out Of Here! will not air tonight after extreme weather conditions caused production problems at Gwrych Castle in North Wales, ITV has said.

However, the reality TV show is set to return to screens on Tuesday instead following the disruption, with Ant McPartlin and Declan Donnelly due to present a new episode live from the fortress.

ITV confirmed the programme was cancelled for the third night in a row while work is carried out to repair significant damage caused by Storm Arwen.

The cast were removed from the castle on the weekend to begin the process.

Strict COVID rules mean the contestants – including Louise Minchin, Naughty Boy and Arlene Phillips – will remain in quarantine until filming can resume.

TV presenter Matthew Wright, who appeared on the ITV series in 2013, claimed extreme weather conditions had “basically destroyed the production”.

The episodes at the weekend were replaced by compilation shows voiced by the hosts, Ant and Dec, featuring the best moments from previous series.

Mr Donnelly posted a video update on Sunday with his co-host saying they were “desperate to get back on telly” and that the team was “working round the clock” to make that possible.

Friday’s episode of the ITV series was the first to be pre-recorded in the show’s history.

The hosts recorded their links early in the evening as part of “precautionary measures” put in place by ITV following severe storm warnings.

Mr McPartlin and Mr Donnelly posted a video from outside the castle ahead of the show, with the wind whipping and roaring in the background.

“You’ve probably heard we’ve had to record the show a bit earlier tonight because of the winds here at Storm Arwen,” Mr Donnelly said.

“You can hear it, it’s rattling the tent, it might blow this away, so we’ve got to get it done and get out of here.”

His co-host added: “It’s due to get worse later so everyone is afraid that the satellite is going to go down and all of that, so it’s a bit risky to do a live show, so we’re going to have to do it recorded tonight, which is the first time we’ve ever done that.”