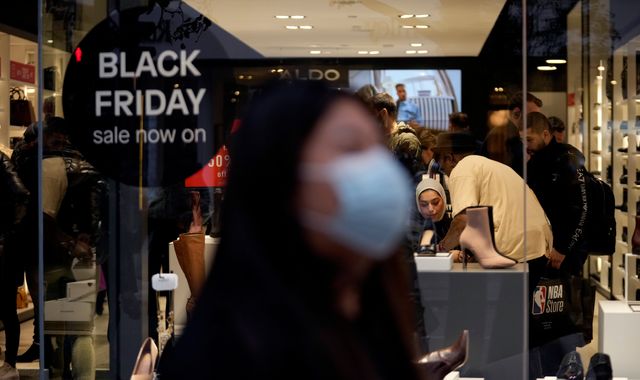 Retailers are worried about staff being abused as rules on mask-wearing are reintroduced and argue that it should not be the job of staff to enforce them, industry bodies have said.

The British Retail Consortium (BRC) said enforcement “must remain the duty of the authorities”.

The Association of Convenience Stores (ACS) said it would urge members to communicate rules but not challenge those who refuse to follow them.

Face covering regulations are being tightened from Tuesday making them compulsory in shops and on public transport.

The BRC said it would “continue to implement all necessary measures now and in the future” with the new rules communicated through signage in stores.

“However, it is vital that we do not place hardworking retail staff in harm’s way, and enforcement of face coverings must remain the duty of the authorities,” said BRC chief executive Helen Dickinson,

“Furthermore, from tomorrow, we all have an individual responsibility to put on a face covering before entering a shop.

“Retailers have worked incredibly hard to get shops and warehouses prepared for Christmas despite a variety of challenges.

“While there may be small changes in the way we shop, we ask people to be considerate and we remain confident that everyone can get what they need for a fun and festive Christmas this year.”

James Lowman, chief executive of the ACS, said: “We are helping retailers to prepare for the change in face covering rules, and will work with them on making sure they can act on the guidance when it is published ahead of the rules changing tomorrow.

“Retailers are extremely concerned about abuse against their staff from customers who don’t want to wear a face covering in a shop, so we will continue to urge stores to communicate the rules, but not to challenge those who refuse to abide by them.”